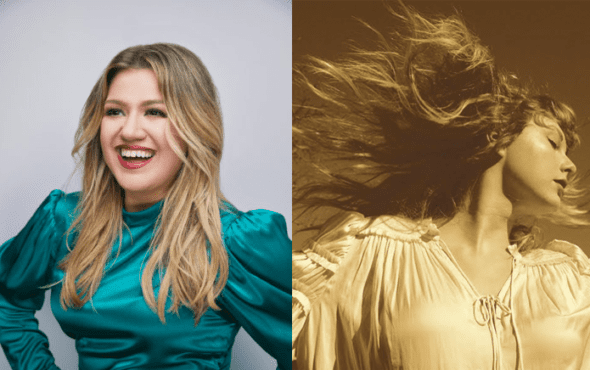 A tweet from Kelly Clarkson advising Swift to re-record her Masters has gone viral and fans can’t stop praising the Since U Been Gone singer.

Taylor Swift stans have been showering Clarkson with praise after an old tweet to the Blank Space singer went resurfaced.

On June 13, Clarkson tweeted the Love Story singer: “Just a thought, U should go in & re-record all the songs that U don’t own the masters on exactly how U did them but put brand new art & some kind of incentive so fans will no longer buy the old versions. I’d buy all of the new versions just to prove a point.”

On Friday (9 April), Swift released the full-length re-recording of her hit 2008 record Fearless which has been rebranded as Fearless (Taylor’s Version).

The reaming of the album is hinting at the singer’s difficult working relationship with Scooter Braun who sold Swift’s Masters (her first six albums) for $300 million.

Swift will own the rights to all of the re-released albums and it looks like the singer will be re-recording everything from country favourite Fearless to pop behemoth 1989.

A fan replied to Clarkson writing “we stan a legend” in all-caps and included screenshots of a familiar scene from The Office where Kelly Kapoor (Mindy Kaling) is seen calling Kelly Clarkson a “business bitch”.

WE STAN A LEGEND pic.twitter.com/bxITyh3GnP

American writer Toure commented “Prince would be so proud of you two”. Prince was known for fighting big labels for ownership of art and famously scrawled “slave” on his cheek as an act of protest to the industry machine.

Prince would be so proud of you two. https://t.co/wynpdzeAXd

A fan also posted a reply to Clarkson’s tweet writing: “Taylor do it we will 100% support”.

Since the release of Fearless (Taylor’s version), the singer has received wide praise for the release and is fittingly ranked at 13 in the world on Spotify’s ranking system.

It was the night things changed. Fearless (Taylor’s Version) is out now: https://t.co/Sw5JzYR4cS pic.twitter.com/SoJRNdPfho

Fearless (Taylor’s Version) is available to buy and stream on Apple Music and other streaming platforms.