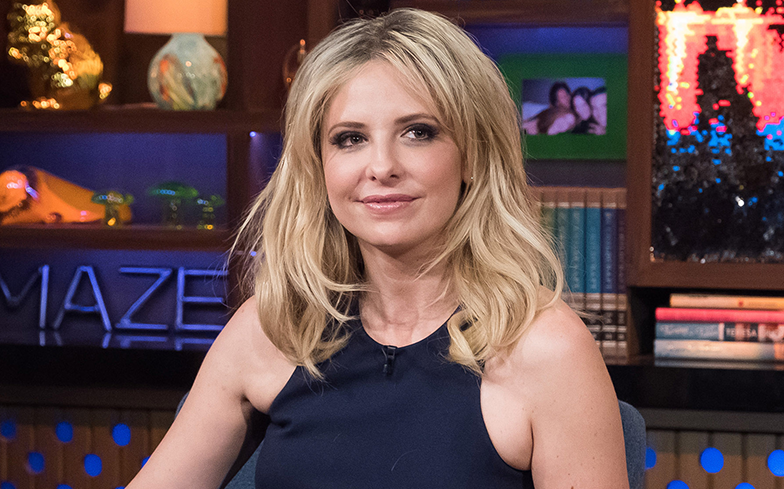 Sarah Michelle Gellar has aired her thoughts on the upcoming Buffy reboot.

The Emmy Award-winning actress slayed as the title character in the widely acclaimed fantasy drama from 1997-2003 and was nominated for several awards for her performance, including a Golden Globe.

Last year, it was confirmed that a reboot – with a “black Buffy” – was in the works from Fringe writer Monica Owusu-Breen and original series creator Joss Whedon, which was met with a mixed reception from fans.

When asked about potentially reprising her career defining role for the reboot, she told PureWow: “Buffy was the story of the horrors of adolescence manifested through literal demons, and I think that was the beauty of it.

“Reboots are great when they’re introducing a new generation to something they haven’t seen before.”

Gellar went on to say why she doesn’t think a Buffy revival is necessary: “But, to me, when you have a show that holds up and is still affecting people and still holds that level of importance, I’m not really sure you need a reboot. For me, it doesn’t work.”

The star might not be reviving Mr Pointy anytime soon, but she will be making her television comeback next year in two huge projects. First, she’ll reunite with the creators of Ringer for the upcoming Fox dramedy Other People’s Houses.

Based on the critically-acclaimed novel of the same name by Abbi Waxman, the upcoming series will reportedly focus on nine people who live in the “quiet, well-off” Larchmont Village neighbourhood of Los Angeles.

Though a social media lens, the characters of Other People’s Houses will “navigate their way through emotional ups and downs, as they try to figure out their lives as partners, parents, friends, and neighbors”.

She will also lead the upcoming thriller miniseries, Sometimes I Lie as Amber Reynolds, a woman who wakes up in hospital unable to move, speak or open her eyes.

Each episode will flash between Amber in the hospital, her childhood and the events that led up to her being hospitalised. Although she doesn’t remember what happened to her, she suspects her husband was responsible for putting her there.

Gellar will executive produce the series alongside Ellen DeGeneres and Warner Bros TV. Robin Swicord, who earned an Academy Award nomination for her work on The Curious Case of Benjamin Button, will helm the adaptation.

She hasn’t starred in a television series since the short-lived ABC comedy, The Crazy Ones, which starred the late Robin Williams. It came shortly after her praised stint on Ringer, which was unjustly cancelled after one season.

Gellar is also known for films such as Cruel Intentions, I Know What You Did Last Summer, Scream 2, Scooby Doo, Scooby Doo 2: Monsters Unleashed and The Grudge. Check out Sarah Michelle Gellar’s most iconic TV and movie moments here.