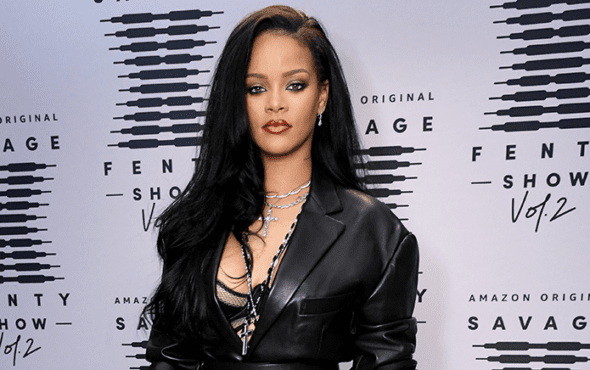 “I love challenges so, you know, I’m gonna get it done.”

Rihanna says the release of her highly-anticipated ninth studio album (R9) has been delayed due to – shock alert – the coronavirus pandemic.

In a recent interview with The Associated Press for Savage X Fenty, the star said she’s “stuck” with the music she’s created because she wants to promote it with a traditional rollout.

“I want to go on tour but I can’t, so I’m stuck with music that I love, and now I’m trying to figure out how I can even create visuals to that,” she explained. “That’s a challenge as well. But I love challenges so, you know, I’m gonna get it done.”

It’s been four years since the release of Rihanna’s eighth album, ANTI. It received critical acclaim and spawned massive singles such as Work (with Drake), Kiss It Better and Needed Me.

The Grammy winner continued: “You do pop, you did this genre, you do that, you do radio, but now it’s just like, what makes me happy? I just want to have fun with music. Everything is so heavy. The world that we live in is a lot. It’s overwhelming every single day. And with the music, I’m using that as my outlet.”

Although Rihanna hasn’t released solo music since 2016, she’s featured on hits such as Lemon (with NERD), Selfish (with Future), Loyalty (with Kendrick Lamar), Believe It (with PartyNextDoor) and Wild Thoughts (with DJ Khaled).