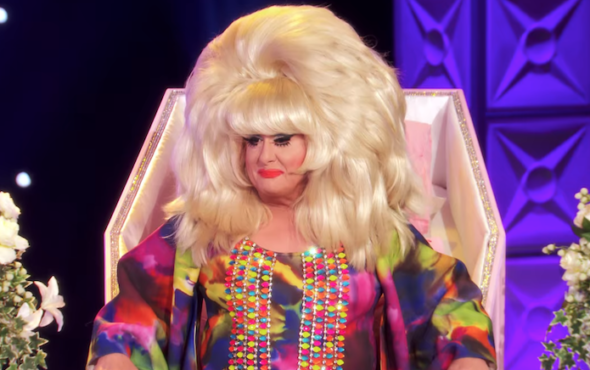 “Ru and the producers of the show admit that it’s completely manipulated.”

Lady Bunny has revealed why she will never appear on RuPaul’s Drag Race as a competitor.

In a recent interview with LGBTQ+ radio station Glitterbeam, the drag legend acknowledged the impact of the long-running reality series on the drag community, but said she’s “not interested in being misrepresented.”

“RuPaul is an old friend, I’m glad he has success with the show, but it would never be my cup of tea, especially since people are edited to misrepresent what they do,” she explained.

“Ru and the producers of the show admit that it’s completely manipulated, they admit that in interviews all the time, they say it’s heavily produced. I’m not interested in being misrepresented, even though Drag Race has made drag huge.

“You know, I have benefited. I don’t think that misrepresenting is mentoring and that’s what the show purports to do.”

Bunny also said she doesn’t want to spend her time on-screen “bitching” and having dramatic showdowns with fellow competitors, as it “sends a bad message” to viewers at home about drag culture.

“But the drag community that I know is more likely to say, ‘Honey, I need a new dress. Does this get to you on time because this is for a pageant,’ or ‘Does this promoter pay you? Is he shady?’

“We’re more likely to compare notes and be supportive than we are to constantly engage in a backstabbing scenario, where everything is seen through a prism of competition.”

Lady Bunny has only appeared on RuPaul’s Drag Race once, and that was in a cameo role on the fourth season of All Stars. The queens were tasked with writing and performing a “Ru-logy” for the star, who was playing dead in a coffin on the main stage.

You can listen to Lady Bunny’s entire interview with Glitterbeam here.