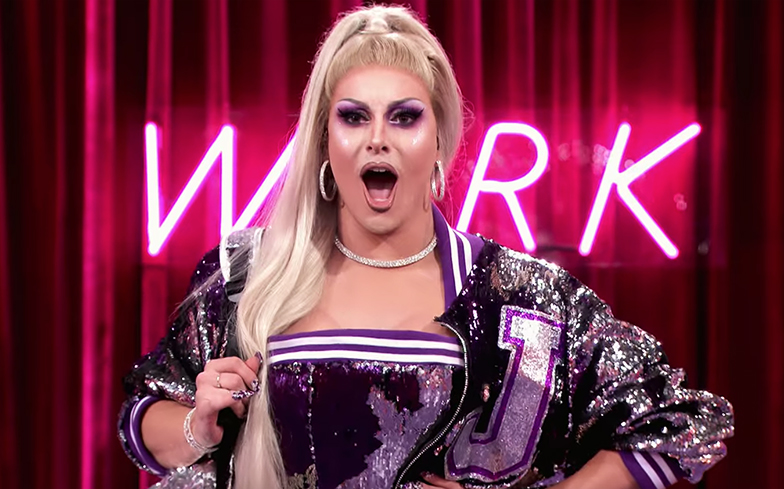 During the sickening second half of the RuPaul’s Drag Race season 12 premiere, fans around the world were introduced to the show-stopping performance skills and vocals of Jan, the latest mononymous queen vying for the crown.

When she entered the work room, fellow contestant Rock M Sakura referred to her by a double name, but the second half was censored out, leaving some viewers confused as to what that meant.

Well, the explanation is pretty simple. Her full drag name, Jan Sport, is lifted from the trademarked backpack brand, and for legal reasons she couldn’t use it on TV – so now she’s simply known as Jan.

Jan previously told BuzzFeed she chose her name not only because it’s a funny reference, but also because it reflects her love of sports like soccer and hockey.

She also addressed her name change on Twitter, writing, “Jann I OOP! It’s just Jan y’all!” and later joking, “I’m trying to laugh through the pain about not being able to use my full name on television, so I’m changing my name to Elle O’Elle.”