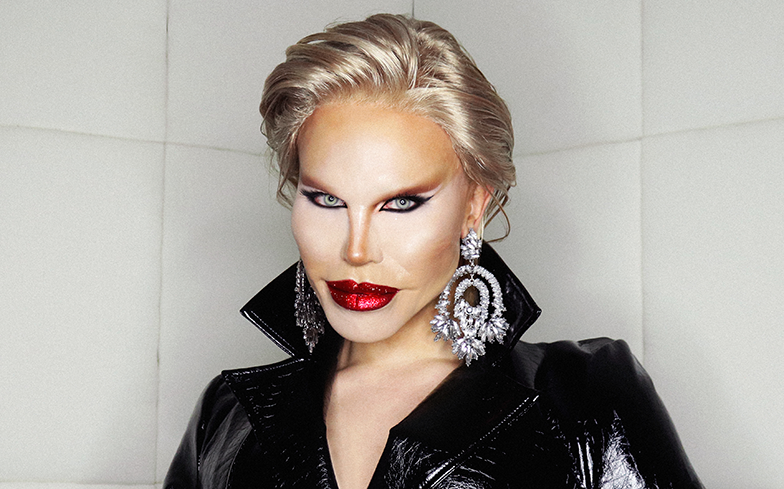 “I’ve not got to where I am now to risk losing it because of entertainment purposes.”

Alexis Stone has revealed why she refused to appear on RuPaul’s Drag Race.

The Manchester-based drag performer, who’s best known on social media for her makeup skills and extraordinary illusions of celebrities, told us that she’s been  approached by the show’s producers, but “kindly declined”.

“I’m not a competitive person, and I don’t believe that art can be judged,” she explained. “Drag is art and art is subjective. So for someone to say, ‘Your drag is less’ because of x, y and z… It’s a fun, entertaining reality TV show.

“It’s great that it’s encouraging people to express themselves and it’s also encouraged people to realise it goes past drag. We’ve had an incredible boom of people coming out as trans and realising who they are.”

Although she’d benefit from appearing on the show, like any queen, Alexis said it’s not something that she’d like to pursue.

She continued: “I looked at what would be needed to send across. I read it and thought, ‘I just don’t care.’ It would be very selfish of me to go on a TV show and take that opportunity from someone else who really lives, shits and eats Drag Race.

“I’ve got a handful of beautiful friends who have been on the show, and they feel very strongly about me not going on the show for whatever reason. And again, once you know about what goes on behind the scenes, it’s not as appealing. “I’ve not got to where I am now to risk losing it because of entertainment purposes. People go on the show for exposure and the financial gain that comes after, and most of those I have managed to do myself, without sounding like a cunt.”

Alexis doesn’t watch the show, either, which she claimed has ‘pissed’ off a lot of fans.

“Because I’m a drag queen, I automatically have to watch the show,” she told us. “It’s also RuPaul’s Drag Race, which is why they have acting and singing challenges, the show is designed to replicate RuPaul’s journey.

“I’m not a singer, I’m not going to dress up as a tooth fairy and float around with CGI. There are so many amazing friends of mine who have gone on the show and they did so fucking badly, and that’s it.

“They’ve gone onto the TV show that people perceive to be the be-all and end-all of the gay world, they fuck it up and have a snake rattle, and they’re fucked.”

Earlier this month, Alexis stunned, well, everyone, when she revealed that her extreme ‘surgical transformation’ was in fact fake, and that it was actually a mask created by the award-winning artist, David Marti.

The project – which spanned over seven months – has since received universal praise from the media, and has been hailed as a commentary on beauty standards in modern society.

We sat down with Alexis to discuss her incredible transformation, how it changed her life, and the vile treatment she received from fans, and on one occasion, the police. Read the full interview here, and watch Alexis’ Making Of documentary below.