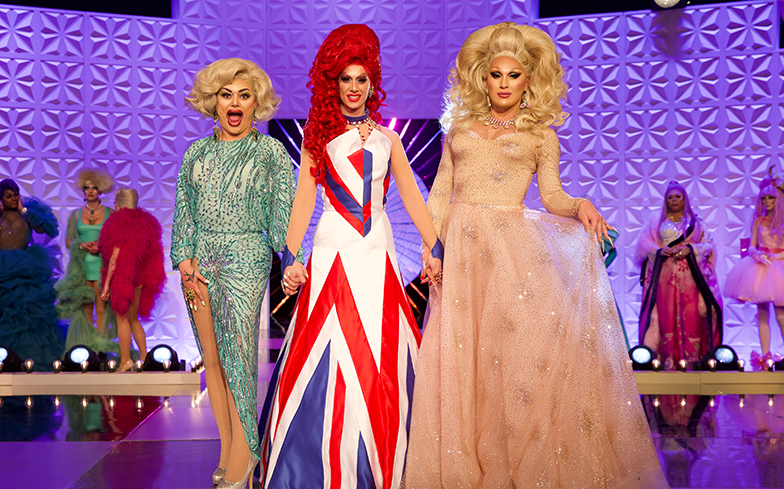 For their final maxi-challenge, the top three queens – Baga Chipz, Divina De Campo and The Vivienne – wrote their own lyrics and recorded a verse for a performance of RuPaul’s dance-pop number, Rock It (To the Moon).

The queens also kiki’d with Mama Ru and Michelle Visage on their podcast and spilt some T about their time on the series.

After they sashayed and shantayed down the runway for the final time, Divina and The Vivienne were announced as the top two queens of the series, and battled it out on the main stage to Wham’s 1985 classic, I’m Your Man.

Ultimately, The Vivienne conquered over the Divina and was crowned the UK’s First Drag Race Superstar, meaning she will be whisked off to Hollywood to star in her very own digital series, produced by World of Wonder.

After being asked by the judges why she should take the crown, she said: “I’ve shown you from challenge to challenge, from runway to runway that I am a strong queen, a hell of an entertainer and a really funny person.

“But apart from that skill set I really think I bring a humbleness, relatability and likeability to this craft.”

Ru had nothing but praise for The Vivienne, saying she “is a great representative of what this competition can turn out” while Graham Norton said: “You know she can serve a look, she can deliver a line, she’s without a doubt a terrific drag queen.”

Earlier this month, Drag Race UK was renewed by BBC Three and World of Wonder for a second season.