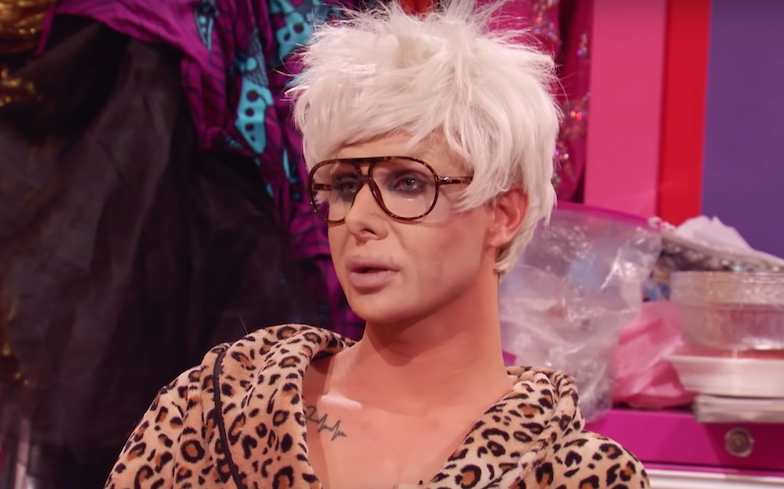 Did she choose Naomi or her best squirrel friend Valentina?

Trinity The Tuck has revealed who she chose to eliminate in the last episode of Drag Race All Stars.

Last week, Latrice Royale won their lip sync to the UK number one single You Spin Me Round (Like a Record) by Dead or Alive, and subsequently eliminated season nine fan-favourite Valentina.

In the preview, Trinity tells the other queens: “This was a hard decision. I decided to vote for Valentina because even though we’re friends, Valentina was the weakest.

“Don’t get me wrong, my decision to keep you [Naomi], wasn’t to save you. I already told ya’ll bitches I want to be in the top with the best. And if I’m gonna win, I’m gonna beat the best.”

When we spoke to Trinity earlier this week, she told us: “People don’t realise how hard it truly is to be in that position to eliminate your friends and people you have built a relationship with.

“You’re crushing their dreams while you continue on. I love Valentina, but Valentina is resilient and a class act. Her talents will push her forward into huge things. Like Rent! She’s amazing!”

Elsewhere in the preview, RuPaul reveals the latest challenge to the queens, to transform their best friends into their drag sisters and choreograph a musical tribute to the legendary Judy Garland.

The eighth episode of Drag Race All Stars 4 will premiere tonight in the United States on VH1 and shortly after in the UK on Comedy Central.