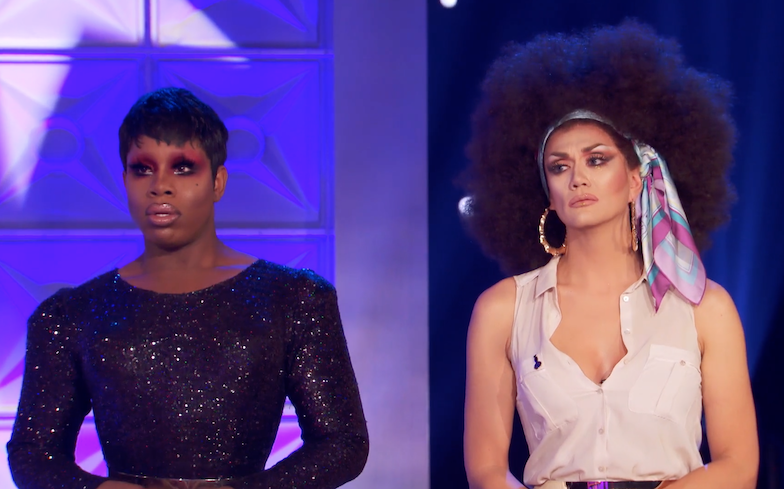 “I’m sad because I love this person so much.”

The new preview for Drag Race All Stars 4 has revealed the lipstick of the queen(s?) Manila Luzon and Monét X Change chose to eliminate in last week’s gag-worthy episode.

In the fifth instalment, the queens were tasked with paying tribute to Lady Bunny by roasting her for filth, which led to the aforementioned queens winning the challenge and battling it out in a lip sync on the main stage.

After both contestants provided us with the ooh-ahh-ahh sensation, RuPaul revealed that they had both won the showdown and were awarded a cash prize tip of five thousands doollahz.

The Emmy Award winning host then announced a shock twist: that nobody would be going home.

The queens then returned to the werk room and discovered an ominous message from RuPaul on the mirror that read: “Get ready to lip sync for your life, life, life.”

Latrice Royale, Gia Gunn, Farrah Moan and Jasmine Masters suddenly appeared behind them, ready to ru-turn for their ru-venge. Don’t you just love this show?

The seven-minute preview sees the queens catch up – and Latrice call out Monique Heart for eliminating her – and reveals that Manila and Monét both chose Valentina to get the chop.

But what does she thinking of their decision? Watch the sickening clip below.