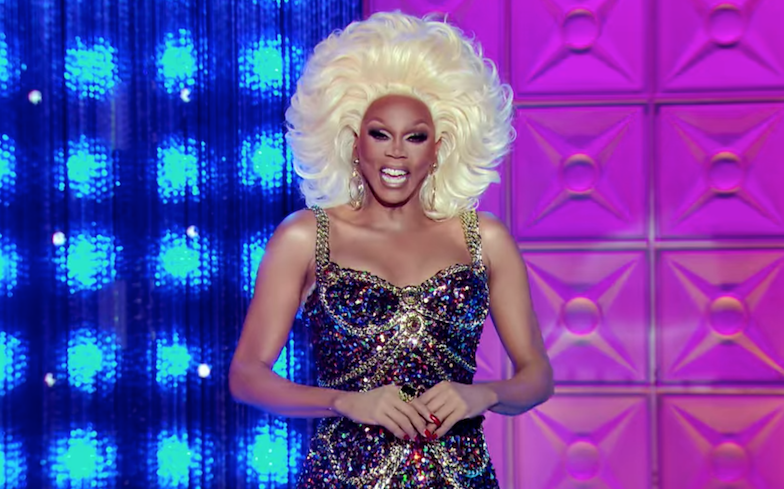 One of these queens is going to snatch the crown in two weeks time.

Here we have it, after twelve weeks of gruelling, and sometimes absolutely hilarious, challenges the top three of Season 12 of RuPaul’s Drag Race has been decided. It goes without saying, but spoilers follow from this point onward.

After Jaida beat Heidi in last week’s lip-sync, the queens went to read her final lipstick message and bid her farewell, but as Jaida pays tribute to her “little sister”, the power in the studio follows in the footsteps of Heidi and… sashays away.

In the mini-challenge, the queens had to channel their inner Vegas showgirl with beautiful headdresses, which is won by Gigi Goode, and then for their maxi-challenge, the queens appeared in a performance based off of RuPaul’s Drag Race Live with a medley of its hits, as well as writing their own original rap verse for Losing is the New Winning.

Last week, RuPaul told the queens that this was the strongest top six in HERstory, and gurl, you could tell she meant it with this challenge. All of the queens were incredible throughout the entire performance, with there even being a surprisingly emotional part with The Mirror Song.

On the runway, the queens delivered eleganza extravaganza with Jaida and Gigi delivering some beautiful looks, Crystal coming out like a full blue genie and Jackie with a massive billowing hoop skirt. The queens were so evenly matched in the challenge, that Mama Ru had to decide the bottom two based on their track record during the competition.

And having the least amount of wins out of the five girls, Jackie and Crystal were up for elimination, and they lip-synched to Jennifer Lopez and Pitbull’s 2011 rap hit, On the Floor. Crystal brought back all the moves from Phenomenal Phil, including the ‘Dump’ and the ‘Kitty Litter’ while Jackie seemed to reprise her character from the Kill the Lights lip-sync. It was incredibly close, but Ru ultimately chose to save Crystal.

And given Sh***y P*e’s elimination, we now have our top three: Crystal Methyd, Gigi Goode and Jaida Essence Hall. Which team are you on? Let us know in the comments below.

Next week, will be the reunion episode, and the week after that will be the virtual finale. Given the current pandemic, the finale won’t be filmed in a theatre like previous editions, but we do know how it’s going to work.

According to a press release, the top three competitors of the season will compete in a “revolutionary” lip sync for the crown with “innovative technology that highlights the creativity of the queens.”

Related: Meet the 12 queens competing on the first season of Canada’s Drag Race