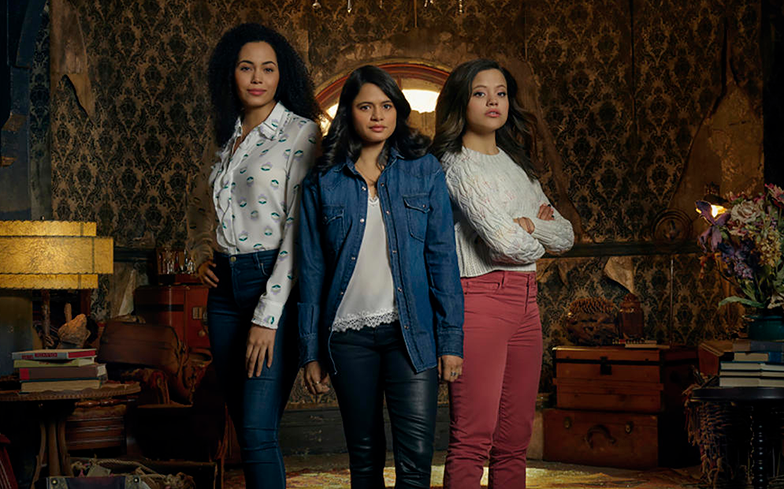 Channel 4 has acquired the rights to CBS’s highly-anticipated Charmed reboot.

It is set to premiere on E4 this autumn, and will debut in the United States 14 October on The CW.

Just like the original fan-favourite series, Charmed will follow three sister witches who discover that they’re ‘The Power of Three’, the most powerful witches in the world. They muse their powers to vanquish demons and the forces of darkness.

But unlike the original, the series will feature an LGBTQ character in Mel Pruitt (Melonie Diaz), a “strong-willed feminist” lesbian in her mid-20s with a police detective girlfriend called Soo-Jin. Like Piper Halliwell, she will be able to freeze time.

Macy (Madeleine Mantock) will be endowed with telekinesis (like Prue and Paige), while Madison can hear people’s thoughts – which differs from Phoebe’s powers of premonition, levitation and empathy (although the latter two came later).

Holly Marie Combs – who played Piper in the original – has been particularly outspoken. When the reboot was deemed a “fierce, funny and feminist” version of the show, she slammed the network.

Related: Will the original Charmed cast appear in the reboot? Here’s what the showrunner had to say.

And Alyssa Milano – who portrayed Phoebe Halliwell –  told Entertainment Tonight: “I wish that they would have come to us and we would have been involved since the beginning.”

However, Shannen Doherty gave her blessing during an interview with Entertainment Tonight.

“I think it’s great. I think it’s awesome. I think second lives are amazing, so I’m all for it. I’m happy to see that a show, that back then was all about strong women who supported and loved each other, is now coming back again in this day and age.

“It’s about female empowerment again – not that that’s something new. Charmed originally was that too. But I think it’s wonderful, you know? And it’s providing a lot of jobs for people, and I honestly, I just wish them well. And I hope that everyone just gives them a chance.”

Related: Here’s how the Charmed reboot will connect to the original series.