Are the queens competing in teams again for Drag Race All Stars 4? 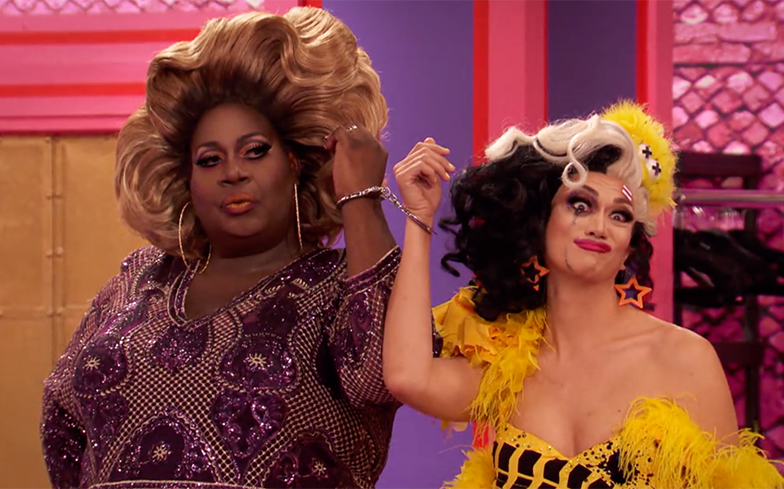 The preview for Drag Race All Stars 4 teases a “twist or two” for our legendary contestants.

And obviously, because this is Drag Race, there are a few shady interactions between them. Monét, who happens to be the tenth season’s reigning Miss Congeniality, throws some majah shade at the queens of the seventh and ninth season.

“I see that they went from eight to six, so we’re skipping seven, let’s praise the lord,” she tells the other contestants, before meme queen – and season seven alumni – Jasmine Masters sashays back into the werk room.

Gia questions Monét, “What is it from season seven we were not looking forward to seeing?” to which she responds: “Season seven was a pretty boring fucking season, and season nine? Ya’ll were next on the list.” Severe? Up in here? Yas honey.

After all eight queens have a lovely little catch up, RuPaul greets the queens with the promise of a “twist or two”, and then opens the werk room doors to introduce Team Latrila, comprised of Latrice Royale and Manila Luzon – in handcuffs.

“I know I’m stunning,” says a gagged Monique Heart, “but just ‘cos I’m fabulous, doesn’t mean I’m going to be paired with someone fabulous.”

Is RuPaul about to recreate the disaster of All Stars 1 and have the queens team-up to win the title of America’s Next Drag Superstar? Obviously not, because like most will agree, it was a travesty. Whatever the case, we are cooped and we are gooped.

The first 14 minutes have been uploaded to VH1’s website, but we’ve got you covered – watch below.

All Stars 4 premieres 14 December. In the UK, it will straight after on Comedy Central at 1.30am, and will then be available on all catch-up streaming services.