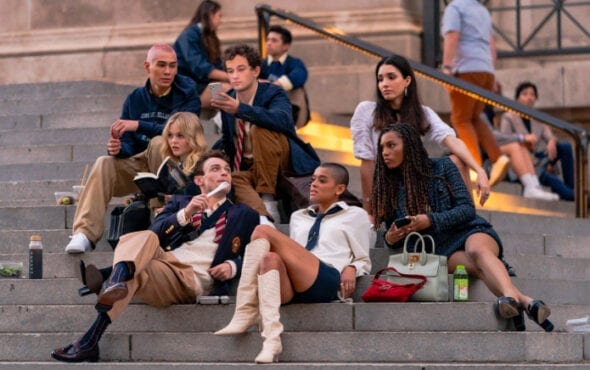 The premiere date for the upcoming Gossip Girl reboot has been confirmed.

According to showrunner Joshua Safran, the HBO Max series will hit our screens in – drum roll please – July!

Just like the original, which ran for six seasons between 2007 and 2012 on The CW, the reboot will focus on the privileged lives of several students in Manhattan’s Upper East Side.

“Eight years after the original website went dark, a new generation of New York private school teens are introduced to the social surveillance of Gossip Girl,” reads an official synopsis.

“The prestige series will address just how much social media—and the landscape of New York itself—has changed in the intervening years.”

A majority of the characters will be “diverse and/or queer,” unlike the original.

Safran, who wrote and executive produced the original series, revealed: “There was not a lot of representation the first time around on the show.

“I was the only gay writer I think the entire time I was there. Even when I went to private school in New York in the ’90s, the school didn’t necessarily reflect what was on Gossip Girl. So, this time around the leads are nonwhite.”

In a cover interview for Cosmopolitan, the entire cast commended Safran and the team for adding some much-needed diversity to the Gossip Girl franchise.

“I want all the hers and the hes and the theys and the people of color from all over the world to be able to watch the show and think, ‘That’s a person who looks like me,” said Peak. “I don’t have to be the stereotypical idea of who I am.'”

Smith added: “It’s really important for a Black girl, with twists in her hair, to be able to see someone in a position of power who looks like her.

“And it’s also important for kids in the suburbs or kids who don’t have a lot of Black friends or friends of color just to generally see us depicted in different ways.

“I think this could really change things. Maybe they’re not learning these things at home, but they’re seeing them on Gossip Girl. How amazing is that?”

You can read Cosmopolitan’s full interview with the cast of Gossip Girl here.