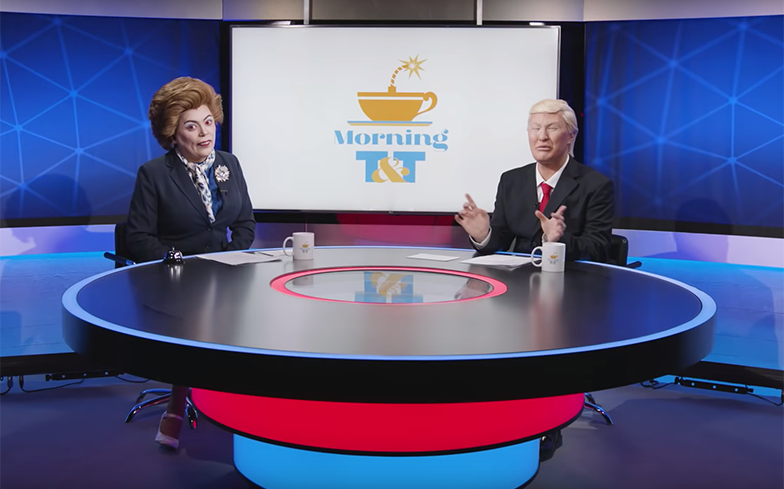 We have a release date for Morning T&T.

The series, which will see The Vivienne and Baga Chipz reprise their iconic Snatch Game characters as Donald Trump and Margaret Thatcher for a morning show, will premiere 12 December on World of Wonder Plus.

“It’s like a spoof of Good Morning Britain and Good Morning America,” The Vivienne told us of the series. “It’s Donald Trump and Maggie Thatcher having this weird on-screen romance, reading ridiculous news stories, some true and some false.”

The Liverpudlian said the series will comprise of “a lot of fake news” and called it “ridiculous”.

Morning T&T will be the first of two digital series led by The Vivienne.

In 2020 she will lead her own spin-off, details of which are yet to be announced. However, don’t be surprised to see The Vivienne battling an Indominus Rex alongside Chris Pratt and Bryce Dallas Howard next year…

“We haven’t got a final cutout of what we wanna do yet, but it’s definitely going to be along the lines of, ‘The Vivienne takes Hollywood.’ We shall see!” she told us. “I want a cameo in Jurassic World 3, so…”

Watch the trailer for Morning T&T below.