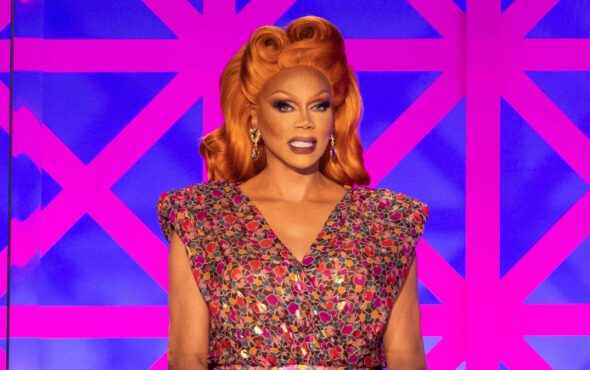 You better start those mothertucking engines, because it’s time to meet the queens of RuPaul’s Drag Race season 14.

On 2 December, our reigning champion Symone will ruveal the brand new crop of contestants vying for the title of America’s Next’s Drag Superstar, a crown and sceptre and, of course, that $100,000 cash prize in a special for VH1.

“Are we ready for a RuVealing divas?!” Symone wrote on Twitter.

The fan-favourite queen memorably cemented her status as one of the fiercest competitors in Drag Race herstory earlier this year when she won four maxi-challenges and conquered over Kandy Muse, Rose and Gottmik in lip-sync showdowns for the crown.

The season 14 ruveal will take place at 8pm on VH1, and will be immediately followed by the first episode of Paramount+’s Queen of the Universe, which sees some of the world’s fiercest drag vocalists sing in front of a live audience and the “Pop Diva Panel” of judges: Leona Lewis, Trixie Mattel, Michelle Visage and Vanessa Williams.

Hosted by Graham Norton, the unscripted series comes from World of Wonder, the same production company behind Drag Race. Check out the incredible line-up of entertainers, which includes one of Drag Race’s most legendary queens, here.

But, that’s not all: the night will also see the premiere of Mama Ru’s holiday film, The Bitch Who Stole Christmas.

Boasting an all-star cast with Drag Race alum such as Brooke Lynn Hytes, Chad Michaels, Ginger Minj, Kylie Sonique Love, Manila Luzon and Peppermint, The Bitch Who Stole Christmas follows a fashion journalist (Krysta Rodriguez) who is sent on an assignment to a Christmas-loving town by her editor (RuPaul).

In a statement, World of Wonder co-founder Randy Barbato said: “There are 1,000 Christmas movies this year, but only one with drag queens. Christmas will never be the same!”

Premieres 12/2 at 9PM on @vh1 after the #DragRace Season 14 Queen RuVeal and #QueenOfTheUniverse at 8PM~ 🎁 pic.twitter.com/PwqmIH2Rio