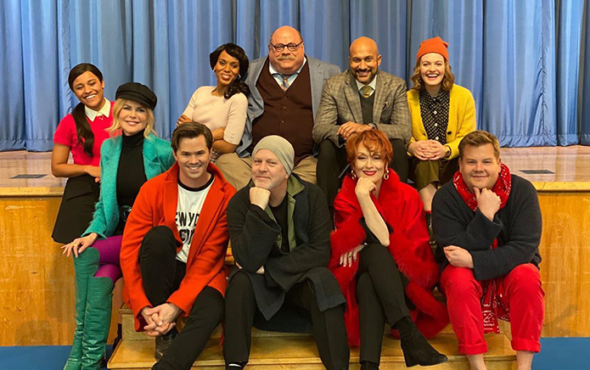 Ryan Murphy has shared the release date for his highly-anticipated new Netflix film.

The Prom, which boasts a star-studded cast including Meryl Streep, Nicole Kidman, Andrew Rannells and James Corden, will premiere 11 December on the streaming service.

“On December 11, let Netflix take you to The Prom you didn’t get this year,” the American Horror Story creator wrote on social media, to which Rannells responded: “This is FAR better than any prom I ever went to!”

The acclaimed musical follows four Broadway actors – played by Streep, Kidman, Rannells and Corden – as they travel to the conservative town of Edgewater, Indiana, to help a lesbian student (Jo Ellen Pellman) who has been banned from bringing her girlfriend to prom.

Murphy previously revealed that the story resonated with him because he was also banned from bringing a boy to his prom. “The Prom is one of the most uplifting, heartfelt and special musicals I have ever seen on Broadway,” he said.

When Murphy officially announced the cast earlier this year, he praised them as “a group of true troopers who buckled up and finished shooting during COVID so we could give everybody an inspirational aspirational story that we all need right now.”

Check out the official poster for The Prom below.