Here’s when RuPaul, Raven and Latrice Royale will be appearing on Celebrity Family Feud 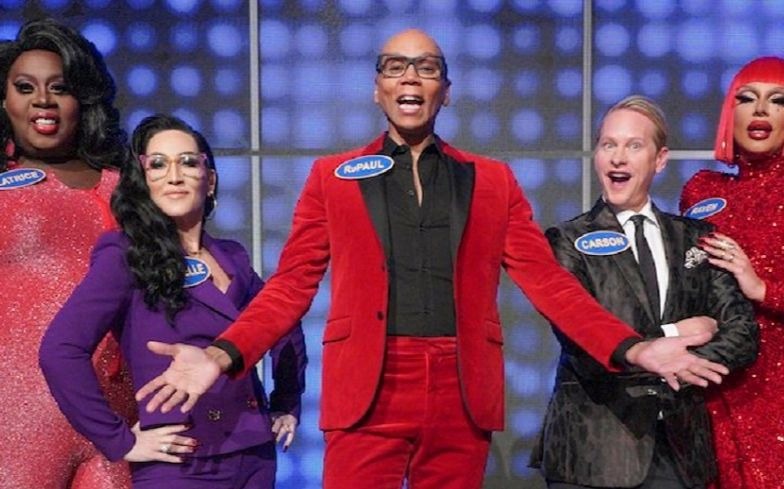 The queens will also be joined by Michelle Visage and Carson Kressley.

Earlier this month, it was announced that the casts of Queer Eye, both current and former, would be facing off against each other in an edition of Celebrity Family Feud.

Well, this season might just be the queerest yet, as there will also be an edition with RuPaul, Michelle Visage, Carson Kressley and Drag Race legends Raven and Latrice Royale.

Latrice had already confirmed the appearance in February, when she tweeted: “I can finally share that a long time dream of mine was fulfilled today by my appearance on #celebrity@familyfeud with @IAmSteveHarvey@RuPaul@michellevisage@carsonkressley and @RavenHUNTY airing this spring/summer. #teamrupaulsdragrace#celebrityfamilyfeud#eatit#thanksru”

And now we know that this edition will be airing on 14 June, two weeks after the Queer Eye special. Mama Ru, her best squirrel friends and the queens will be going up against Katie Stevens, Aisha Dee, Melora Hardin, Stephen Conrad Moore and Sam Page from the hit Freeform series, The Bold Type, which hasn’t been shy about portraying LGBTQ relationships.

Speaking to Out, Kressley what would happen, saying: “Ru and Michelle are always on it so there was no surprise there.

“But I thought Latrice and Raven were spectacular. They really showed America what amazing entertainers drag queens are because they had Steve Harvey eating out of the palm of their well-manicured hands.”

The Drag Race and Bold Type edition of Celebrity Family Feud will air on 14 June on ABC, before being made available on Hulu the following day. Clips from the episode will likely be uploaded to Family Feud social media channels.