Here’s when Love, Victor season 2 premieres on Disney+ in the UK 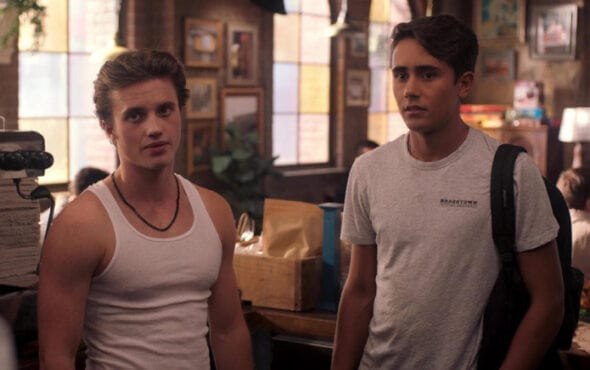 Disney+ has announced the release date for Love, Victor season two in the UK.

According to a press release from the streamer, the beloved teen drama will return Friday 18 June on Star. To mark the announcement, the cast recorded a message for fans across the world, which you can view below.

Set in the same world as Love, Simon, the series focuses on the title character (Michael Cimino), a new student at Creekwood High School who, like Simon, is on a journey of self-discovery as he struggles to come to terms with his sexuality.

Season two picks up with a newly out-of-the-closet Victor entering his junior year at Creekwood, where he attempts to balance his relationship with Benji (George Sear) and new life as an openly gay star athlete.

There are further challenges in Victor’s home life as his family come to struggle to come to terms with his sexuality, especially his macho, straight-laced father Armando (James Martinez) and mother Isabel (Ana Ortiz).

Ahead of Love, Victor’s season one debut on Disney+ earlier this year, we spoke with Cimino and Sear about what we can expect from the follow-up.

“It’s a little more spicier. I think that’s a very accurate word to describe it,” said Cimino. “It definitely expands upon everyone’s relationships.”

Sear added: “There’s a lot more evolution with their characters. It also goes deeper, for sure. It goes into some other… Yeah, it will be worth it.”

The first season of Love, Victor is now available to stream on Disney+.