Here’s when Grace and Frankie season 6 will hit Netflix 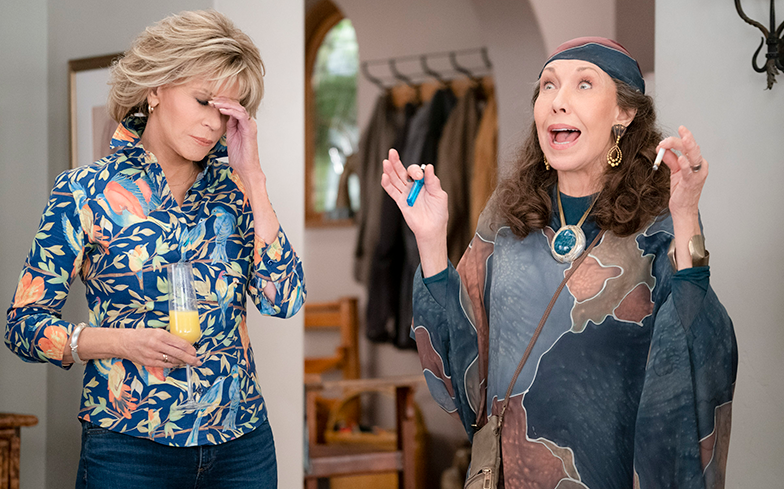 The release date for the sixth season of Grace and Frankie has been announced.

The hit comedy-drama, which stars Emmy Award-winning actresses Jane Fonda and Lily Tomlin as two women who become friends when their husbands announce they’re in love with each other, will return for its sixth season 15 January 2020.

But while we’re excited to see what’s in store for our favourite unlikely friends, there’s some bad news: Netflix have also announced that the following seventh season will be its last.

By the end of its run, Grace and Frankie will become the longest-running original show in Netflix history with 94 episodes. While Orange Is The New Black (which was also recently brought to a close) had seven seasons too, it had less episodes overall.

Fonda and Tomlin added: “We are delighted and heartbroken that Grace and Frankie will be back for its seventh, though final, season. We’re so grateful that our show has been able to deal with issues that have really connected to our grand generation.

“And their kids, and amazingly, their kids as well. We’ll miss these two old gals, Grace and Frankie, as much as many of their fans will, but we’ll still be around. We’ve outlasted so many things – just hope we don’t outlast the planet.”

Since its debut back in 2015, the show has received five Primetime Emmy Award nominations for Outstanding Lead Actress in a Comedy Series and a Golden Globe Award nomination for Best Actress – Television Series Musical or Comedy.

All five seasons of Grace and Frankie are available to stream now on Netflix.