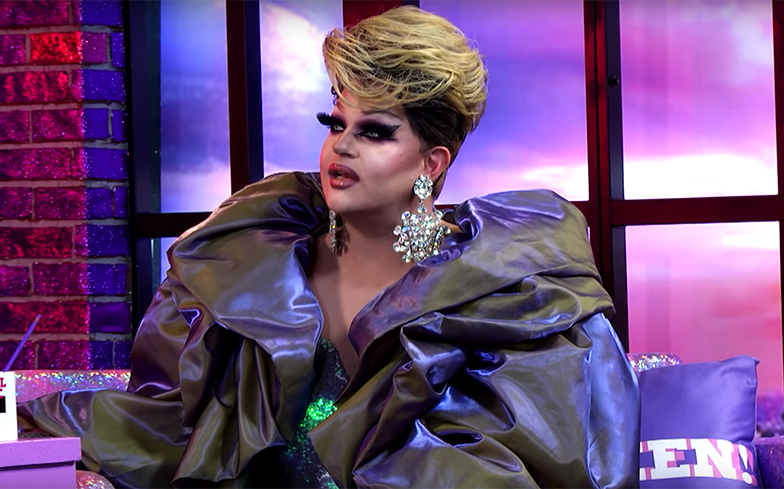 “Is the third time the charm, or do I just look foolish?”

Shannel has revealed if she’d return for a future season of RuPaul’s Drag Race All Stars.

The legendary queen, who competed on the first ever season of Drag Race and the first season of All Stars, was asked by Hey Qween host Johnny McGovern if she will ever sashay and shantay back into the werkroom.

The two were discussing Jungle Kitty songstress, Bebe Zahara Benet, who memorably ruturned to the franchise on All Stars 3 last year after becoming the first queen to win the title of America’s Next Drag Superstar back in 2009.

“I can’t answer that. I don’t know,” Shannel admitted. “I know that when I did All Stars, I had a really good time but there’s also the mindset of… ‘Well I went and did it twice, it didn’t work.’

“Is the third time the charm, or do I just look foolish for continuing to try and paddle behind the boat? I don’t know. I think I’m at a point and time in my life where I’m so happy and I’m so comfortable doing what I’m doing.”

The star continued to say that she doesn’t know if she’ll “fit the format of what the show is anymore”.

Shannel came in fourth place on the first season of Drag Race and became the first ever contestant to nominate herself for elimination. She made her comeback on All Stars 1, where she partnered with her “drag mother” Chad Michaels.

Chad ultimately won the crown and Shannel settled for 3rd/4th place alongside Jujubee.

Although Shannel shot down another Drag Race appearance, we wouldn’t be surprised to see her return to the fold once more considering her fellow All Stars 1 competitors Manila Luzon and Latrice Royale made their second comeback last year.

And if rumours are to be believed, several more All Stars 1 queens will follow in their footsteps next season… get your jush and check out the rumoured cast for the highly-anticipated fifth season of All Stars 5 here.