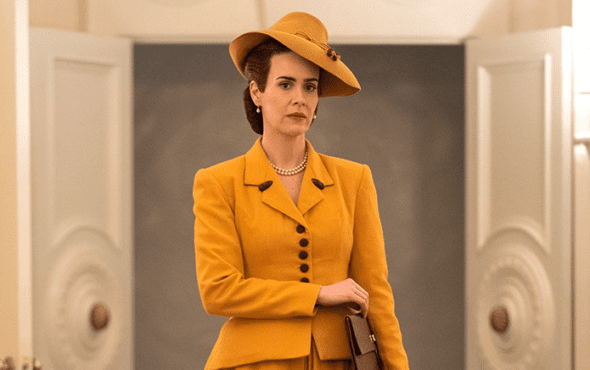 The comments are in… here’s what is being said about Ryan Murphy’s latest venture — spoilers ahead!

Netflix’s latest dark thriller comes out tomorrow, but you can get an early look at what critics are saying about the One Flew Over the Cuckoo’s Nest inspired series.

The series, which has received a two-season order at Netflix, also stars Cynthia Nixon as Gwendolyn Briggs, Judy Davis as Nurse Betsy Bucket, Sharon Stone as Lenore Osgood, Jon Jon Briones as Dr. Richard Hanover, Finn Wittrock as Edmund Tolleson and Charlie Carver as Huck. In short, you can say expectations are high for this disturbing drama.

Alan Sepinall from Rolling Stone tentatively explores the first season before slapping the series with two stars out of five, critically observing: “Ratched is a bunch of disparate influences (the score periodically quotes Elmer Bernstein’s Cape Fear theme, among others) thrown together simply because they could be, and not because they fit together, or add up to more as a group than they did individually. The Nurse Ratched from the film would not approve.”

Variety’s Caroline Framke‘s describes the series as a unsettling “grab bag of trauma” rather than a delicate, gripping examination of how “unwell people have been treated and misunderstood over the years.”

Still, Framke praises the cast but it seems the questionable production and screenwriting aren’t enough the salvage the series. “Paulson crushes the material she’s given, and that the physical world she and her costars inhabit is uniquely lush, peculiar and macabre.

“It’s a shame, then, that it’s also frustratingly opaque, gratuitously unpleasant and shortsighted in its attempts to be as grim and grisly as possible.”

For James Poniewozik of the New York Times, Ratched is an overly ambitious gritty adaption which gets “waylaid in spectacle and lurid melodrama.”

“What starts as a psychological portrait becomes a Jackson Pollock spatter pattern of bloodletting and revenge tragedy,” he writes. “One plot flies east, another flies west; chaos and clutter claim much of the rest.”

However, all is not lost as Digital Spy’s David Opie offered a slightly more optimistic outlook for the show. “By the end of that episode’s first killer scene, we’re squarely in American Horror Story territory, combining the gore of that series with the exquisite touches of camp fans have now come to expect from Murphy.”

Continuing, Opie describes Nurse Ratched as a “truly is a magnificent creation.” Highlighting how her “every expression and every movement is a masterclass in precision, and it’s remarkable to see how Paulson’s control belies something far darker lurking very close under the surface.”

So, it looks like Ratched has received a mixed bag of reviews, but you can make your mind up for yourself as the series premieres tomorrow (18 September) on Netflix – watch the final trailer below.

Related: Ratched final trailer proves why it will be the American Horror Story we need this year