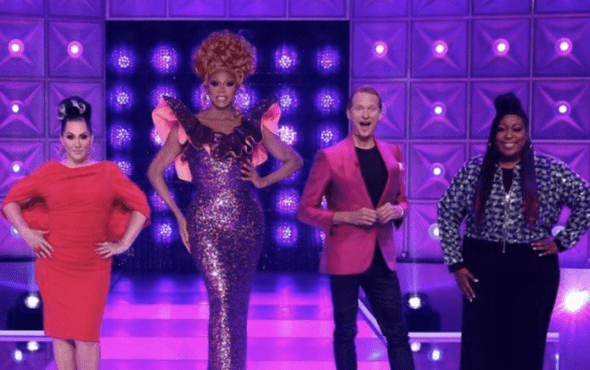 The girls have strapped on their boogie heels and came to slay hunny!

It’s time for another iconic episode of Drag Race season 13 and we are living for the disco moment that Mother Ru and company are giving!

This episode was filled with dancing, emotional conversations and the classic campy group challenges that we the fans hold near and dear.

If there’s one thing we can look forward to when it comes to RuPaul’s Drag Race it’s the over the top and utterly amazing group performances.

After the girls get into pairs for the mini-challenge, Ru tasked the girls to star in the show’s very first Disco-Mentary for the episodes’ maxi-challenge.

Each group represented a specific era within the Disco movement.

During rehearsal, we saw some of the girls struggle with the choreography most notably Gottmik, Tina Burner, Tamisha Iman, and Utica Queen.

In a confessional Tamisha Iman opened up about her history with cancer and having to wear an ostomy bag during the competition.

“I’m trying, but at the end of the day, I have another problem. It’s not just the cancer. I’m here with an ostomy bag on my stomach.

“It’s an open wound and it limits my mobility. I can’t do the things I normally can do,” Tamisha says.

But the Atalanta drag legend didn’t let it hold her back and showcased her star quality towards the end of rehearsal.

Although some of the queens may have struggled during practice, they brought their A-game to the performance, stepping their p***y up to the max!

Each girl banged out the choreography and brought their unique personalities to the forefront.

That disco performance was MIGHTY REAL! ✨ Let’s give it up for the divas! 👏 #DragRace pic.twitter.com/861xnFyNsb

Since episode 1 Gottmik and Symone have delivered each week with showstopping looks that have left us shook.

This week was no different with Gottmik walking out on the runway with the smallest little black dress know to dragkind!

The LA-based queen gushed about the look and her confidence in a confessional stating: “A year ago, I would never have done this. I couldn’t be happier with how I look right now”.

The wow factor didn’t stop there, with Symone closing out the runway portion with one of the most iconic little black dress lewks of the episode.

Walking out in a cute and flirty dress made from braiding hair, the 26-year-old queen paid homage to Mother Ru and her video for the track Back To My Roots.

“I am giving you Black hair is a revolution!”, she said.

From her dress to her beat face and gold sparkled skin miss Symone was serving and slaying!

Another girl that has won over the fans of drag race New York-based queen Olivia Lux. This episode she was crowned the winner of the maxi challenge.

The win was well deserved after delivering a magnetic performance and even more hypnotic lewk for the runway!

“I won my first challenge and it feels so amazing! You’re finally seeing me. I am a force to be reckoned with,” she says.

We’re happy to see miss Olivia get her flowers!

Finally, we come to this truly glorious lip-sync between Tamisha Iman and Kandy Muse.

After their explosive fight during last weeks Untucked, the girls finally buried the hatchet and called it a truce.

But after they both landed in the bottom the two were forced to lip sync for their life to the 2000’s banger Hit ‘Em Up Style (Oops!) by Blue Cantrell.

Tamisha and Kandy both brought the energy, passion and comedy to the lip sync.

As the performance went on each queen’s emotions were apparent with the goal to stay as evident as ever.

After the intense lip-sync, Kandy Muse secured the top spot, thanking the judges between tears, and hugging Tamisha on her way out.

“Not the end, just till we meet again,” she said.

Although we’re sad Tamisha Iman excited the show, we can only imagine what she could potentially bring to future iterations of the Drag Race.

Our Queens got down to Blu Cantrell’s “Hit ‘Em Up Style” in tonight’s LSFYL! What’d you think? 😱 #DragRace pic.twitter.com/0ld92fhM3o