Here’s how Rock M. Sakura “broke” her own rules on Drag Race season 12 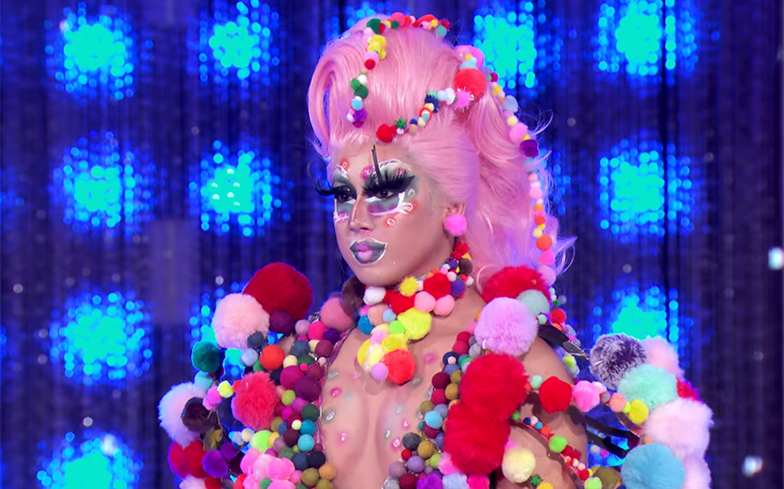 Rock M. Sakura has spilt the T on her Drag Race run.

The San Francisco-based performer provided viewers with some sickening moments throughout season 12, such as her hilarious entrance in the werkroom, her performance in You Don’t Know Me and the World’s Worst challenge.

In the fourth episode, however, Rock was told to sashay, leaving many fans (including one of our own writers) calling it the most controversial elimination on the show since Naomi Smalls gave Manila Luzon the boot in All Stars 4.

In an interview with Gay Times, Rock says she’s “gone through so many emotions” since her elimination.

“Before the episode I was filled with so much dread and regret, I wasn’t sure how the fanbase was going to receive me, but now that the episode has aired, I’ve gotten so many letters of love and support, I really feel validated and loved,” she tells us.

“It’s a bit surreal honestly. It still doesn’t really feel like I’m a Ru girl yet because I’ve been stuck inside all day, and my only interaction with other queens and fans is through livestreams and other forms of social media.”

Although Rock has garnered a huge fanbase, and her elimination caused one of the biggest outcries in Drag Race HERstory, the star was criticised by a small majority of fans on social media for ‘crying to get further’ in the competition.

“Comments that say that you cry to get farther, you’re only doing it for sympathy, or for a story line really mess with me. It’s already hard for someone to cry who doesn’t believe they deserve to,” Rock said at the time.

Rock received an outpour of love and support from fans, with many sharing that it’s normal to be emotional, especially in a unique environment that tests every part of your sanity (and charisma, uniqueness, nerve and talent).

“Ppl need to get comfortable with emotion and not try to find ways to silence it,” wrote one fan.

Another said: “Dont listen to others! I know its hard but the only opinion that matter is one own opinion about oneself! Be true to yourself. Then tune out the naysayers! I also shed a tear when you were honest with the other contestants.”

Now, two weeks later, Rock says she has zero regrets about opening up on the show.

She says: “Honestly, number one on my list was “DO NOT CRY” and number two was “DON’T BE HARD ON YOURSELF.” I think we all know how closely I followed those rules! But by breaking those rules I was able to be myself and flow organically.

“I think people will resonate with you if you are authentic.”

When it comes to the judge’s critiques, Rock wishes she had been “more sturdy” on defending her “looks and personality,” saying the lesson she learnt from Drag Race is: “Your drag isn’t just there to protect you. You are also there to protect it.”

Of course, we had to ask Rock if she’s down to appear in a future season of All Stars, to which she enthusiastically responded: “I would be back ANY way they would like to have me. I love Drag Race and I want in on every season.

“I’ve met my new family on this show. What you all see on the show is me meeting my new sisters and friends for life.”

On next week’s episode of Drag Race season 12, the nine remaining competitors will star in Madonna: The Unauthorized Rusical, with special guest judges Winnie Harlow and Alexandra Ocasio-Cortez.