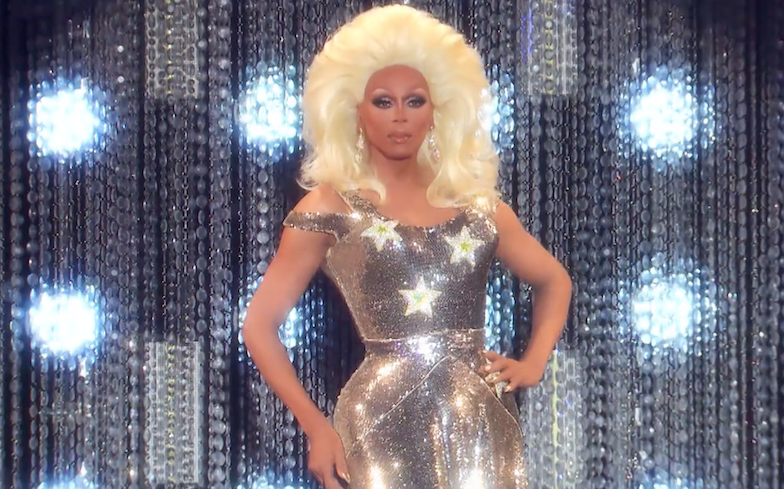 “A double crown is so lame. Sorry they did you girls like that.”

Henny, we are still reeling from that jaw-dropping Drag Race All Stars finale.

After ten gag-worthy episodes in which ten legendary alumni returned for a second (and in some cases, third) shot at the title, Mama Ru did something she’s never done before: crown two queens.

Trinity The Tuck and Monét X Change were both deemed worthy of a place in the Hall of Fame alongside Chad Michaels, Alaska and Trixie Mattel, and the reception has been mixed to say the least.

Some fans are just happy to see a queen of colour be crowned, while others think two winners cheapens the title.

Several Drag Race alumni have also chimed in on social media, and gurl, some of them aren’t pleased…

Farrah Moan – who left the season in ninth place – tweeted: “Congrats to the winners!!! Love them both. However, let’s just make one thing CLEAR… a double win on a challenge, sure… but a double crown is so lame.

“Sorry they did u girls like that… oh well lmao at least finally it’s over.”

Detox wrote “wow” and then opined that she series shouldn’t air for a few more years.

Kennedy Davenport, Katya and Phi Phi O’Hara were pleased with the outcome, while Bob the Drag Queen joked that RuPaul can now afford $200,000 for the next winner.

See the best reactions below.

Congrats to the winners!!! Love them both. However, let’s just make one thing CLEAR… a double win on a challenge, sure… but a double crown is so lame. Sorry they did u girls like that… oh well 🤷🏼‍♀️ lmao at least finally it’s over

I feel it’s worth noting that any of the top 4 could have won and I’d have been happy, ima big fan of them all. I just feel either trinity or Monét deserved more of their own moment regardless of who it would’ve been, especially after how much money, sweat and tears went into it

There was only one winner in my eyes from the beginning and that was @TrinityTheTuck However I am happy for @monetxchange as well and wish you ladies the best on this next chapter in your life, what an amazing moment for all of us to have 2 winners at the same time! pic.twitter.com/ALWM8mTgOL

Love the look @monetxchange I am proud of you my personal winner but we will see… I wouldn't be mad if @TrinityTheTuck won just didnt like her route to the top. But bitch respect is due I'm a real bitch.. @naomismallsduh 😘 @IAmMoniqueHeart respect it.. who won?? Ya'll

My favorite hall of fame EVAAAAHHHH

Reminder that regardless of the outcome tonight, being a racist little shit was never okay and will definitely not be okay no matter how you feel. Stop that shit, it’s fucking ugly. pic.twitter.com/wRF1Yeytya

Can we go back to All Stars being every few years now? Shiiiiieeetttt

Congratulations to Monét and Trinity! Use the crowns to change the world. @monetxchange @TrinityTheTuck

ALL HAIL our new queenS!!!!@TrinityTheTuck @monetxchange

On 28 February, the highly-anticipated 11th regular season of the Emmy Award winning series will debut, and will see Miley Cyrus go “undercover in the workroom to spy on the new cast of queens.”

Check out each queen’s profile here, and watch the gag-worthy season 11 trailer below.