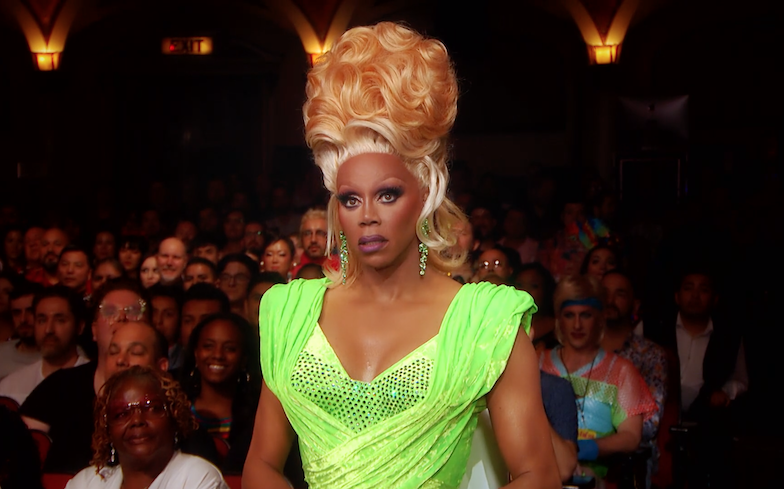 “After all those traumatic plot twists this season, Ru gave us the ending we deserved.”

Last night (30 May), the 11th groundbreaking season of RuPaul’s Drag Race came to an epic conclusion as the final four queens – A’Keria C. Davenport, Brooke Lynn Hytes, Silky Nutmeg Ganache and Yvie Oddly – competed in a lip sync smackdown for the crown. However, only one queen (not two) won the title of America’s Next Drag Superstar and a cash prize of 100,000 dooolllahz, and that was… shut your browser now if you don’t want it be spoiled… seriously, shut your browser, we don’t need your drama... YVIE ODDLY! The sickening performer became the 15th crowned queen of the Emmy Award winning series, despite winning the least amount of main challenges out of the final four contestants. Fun fact: Yvie is the first queen in Drag Race HERstory to win a season with only one challenge win (although she should’ve received a win for Queens Everywhere, just sayin’). Even though she hadn’t won as many as Brooke (three), Silky (two) and A’Keria (two), she undoubtedly made much more of an impact on the fanbase due to her quirky, unique and odd perspective on the art-form. It felt like another Sharon moment, really. The first lip sync of the night saw Brooke and Silky face-off to Destiny’s Child’s body-positive R&B anthem, Bootylicious. The former walked away with the win after combining her ballet skills with the essence of a Canadian stripper (well, how we would expect a Canadian stripper), while Silky sashayed away in fourth place. Later, to the beat of Rihanna’s dance-pop-bop SOS, A’Keria – with a wig and outfit ruveal – and Yvie – with Free Britney panties on – gagged and gooped us all with several flips, kicks, splits etc. This one was harder to tell than the previous. Ultimately, Yvie advanced to the top two alongside Brooke. Season ten’s Miss Congeniality – and All Stars 4 joint winner – Monét X Change then returned to pass along the mantle to the new queen, which came as a surprise to no one… Nina West. “Kindness is king and love leads the way, and I cannot thank you guys enough for this,” she told the audience to thunderous applause. Nina West for All Stars 5! The top two then returned to the stage in their sickening lewks and performed the best number of the night to Lady Gaga’s pop hit, The Edge of Glory. Brooke provided goopery and gaggery as per, but it was Yvie’s Voldemort and Professor Quill-inspired headpiece that fans obsessed over, deeming it “a reveal done right”. Upon winning the title, Yvie exclaimed – alongside her signature cackle – “Follow your oddities, and fly your freak flag!” The general consensus amongst Drag Race fans is that Mama Ru crowned the right queen. Check out all the best reactions of the jaw-dropping season 11 finale – which is now available to stream on Netflix UK – below.

My three states of being have never been so perfectly represented. #DragRace pic.twitter.com/VnjExoppcC

When Silky didn’t have the stones to face Yvie in a lip sync #DragRace pic.twitter.com/MisaanyuWL

me cause Yvie won but also me cause Brookelynn lost #dragrace #DragRaceFinale pic.twitter.com/j6EG7u0JuN

watching yvie do something completely different with drag and winning for it #dragrace pic.twitter.com/vhVLz2Z813

I have no words. Yvie Oddly has shaken & gooped me to the core, brought tears to my eyes, and invigorated my excitement about the future of this art form on mainstream TV.

She is royalty with or without that crown. #DragRace #DragRaceFinale pic.twitter.com/TaOFd18UvC

Is there something wrong with the gravity at RPDR Finale, why they all rolling around on the floor?? #DragRace pic.twitter.com/SHn2O6Z6Fc

The cameras switching away to brooke every time silky revealed something LMAOOO #dragrace pic.twitter.com/yqUQcUgCip

YVIE WON DRAG RACE AND EVERYTHING IS GOOD IN THE WORLD #DragRaceFinale #DragRace pic.twitter.com/yIgbe27MzW