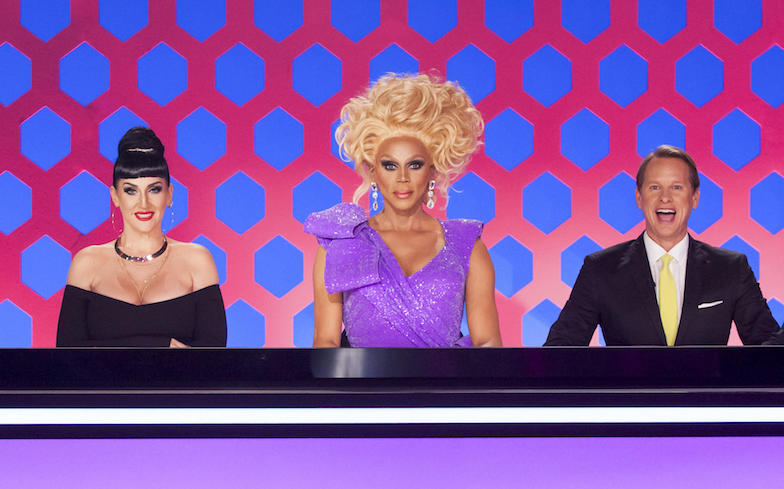 RuPaul’s Drag Race has become an enormous success ever since its debut back in 2009, spawning nine seasons (with a tenth premiering later this year), three spin-off seasons of All Stars, and two consecutive Emmy Awards for Mama Ru.

In case you missed it, Australian fish and season six finalist Courtney Act is currently on Celebrity Big Brother, and is favourite to win the whole series.

Drag Race has become so much of a cultural phenomenon, that there’s even been talks of a UK spin-off. Last year, Michelle Visage said: “It’s going to happen, just don’t know when. I’m not giving up and I will fight for this bitch ’til I die! It’s gonna happen.”

Surprisingly, Thailand have become the first country to start their engines, with recent photos showing production on their version of the show had officially begun. Like Laganja would say, “yes mawma!”

We’ve been given a sneak peek of their logo, runway and workroom, and they don’t stray too far from the official version. See below.

Piyarat Kaljareuk – Vice President of the Katana Group Public Co. Ltd production company – wrote on Instagram: “This new year, WE are preparing the juicy and glamorous present for you guys. Drag Race Thailand confirmed! See you soon on #LINETV, a blast guaranteed!!”

So there you have it. Official confirmation (and photographic evidence) of RuPaul’s Drag Race Thailand.

Not much else is known about the show. For example, will Ru and Michelle judge, or at least be guest judges? Will they include Snatch Game? Will Shangela and her box make a cameo? Who knows!

Related: Shantay you slay! 10 of the most iconic RuPaul’s Drag Race lip syncs ever.