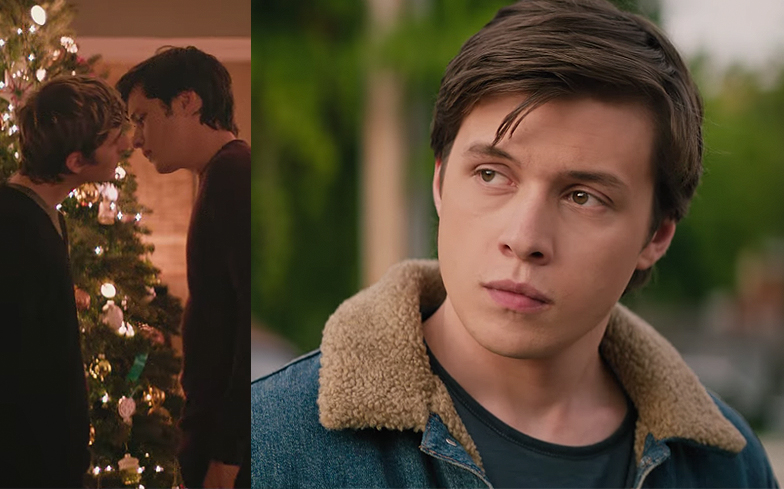 “My name’s Simon, and I’m just like you – except I have one huge-ass secret… Nobody knows I’m gay.”

Becky Albertalli’s 2015 novel Simon Vs. The Homo Sapiens Agenda is getting a big screen adaptation from Greg Berlanti, the producer behind hit shows Arrow, Riverdale and Flash.

The movie will be retitled Love, Simon for its March 2018 release, and stars Jurassic World’s Nick Robinson in the title role.

In this first trailer we see Simon come to terms with his sexuality, while navigating teen life at high school.

Oh and his friends having to come out to their parents as straight at the end of the trailer hits the nail on the head.

Greg Berlanti recently teased that the film will have some powerful scenes, with the two romantic leads being guys – something that is rarely seen in a mainstream Hollywood romcom.

“There’s this one section of the film where Simon imagines this one boy and imagines them kissing underneath the mistletoe at Christmas,” Berlanti told Entertainment Weekly last month.

For Keiynan Lonsdale in particular – who told his fans that he is attracted to boy girls and guys back in May – this project holds a special place in his heart.

He tweeted that he’s “never been more proud to be a project, ’cause I know young Keiynan could’ve really used this film in his darkest times… but thankfully he made it through, and is now a part of telling a story that can help so many others.”

Love, Simon will be in cinemas from 16 March.