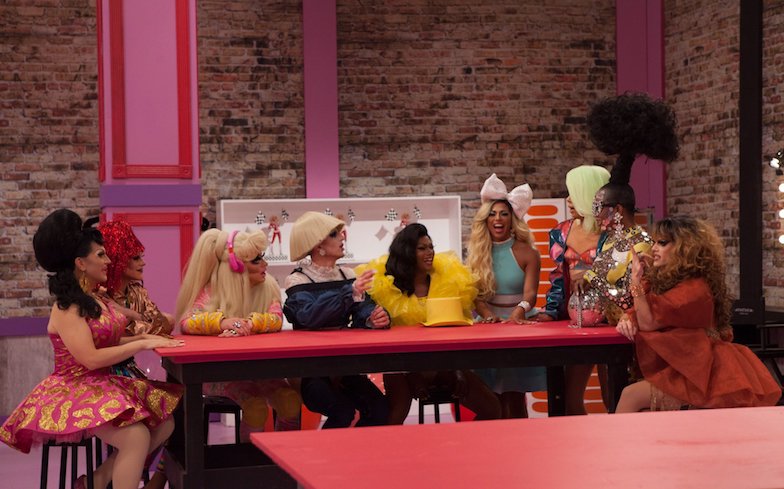 Get ready, squirrel friends… things are about to get sickening.

The wait is almost over huuunties – we’re only seven days away until the premiere of RuPaul’s Drag Race All Stars 3, and these new photos courtesy of Entertainment Weekly have caused our hype levels to go through the motherf***ing roof.

We get our first look at the queens in the workroom (above), showing them settle in after they’ve made their grand entrance, and we have no doubt we’ll be blessed with some more witty catchphrases as they enter.

The second photo (below) shows the queens as they await Ru’s instructions for the first challenge… (!!!)

The last photo – and the most exciting of the bunch – shows the queens watch in awe as dancing-diva Chi Chi DeVayne catapults into the splits and slays the stage.

Thoughts? Are you gagging or are you GAGGING?