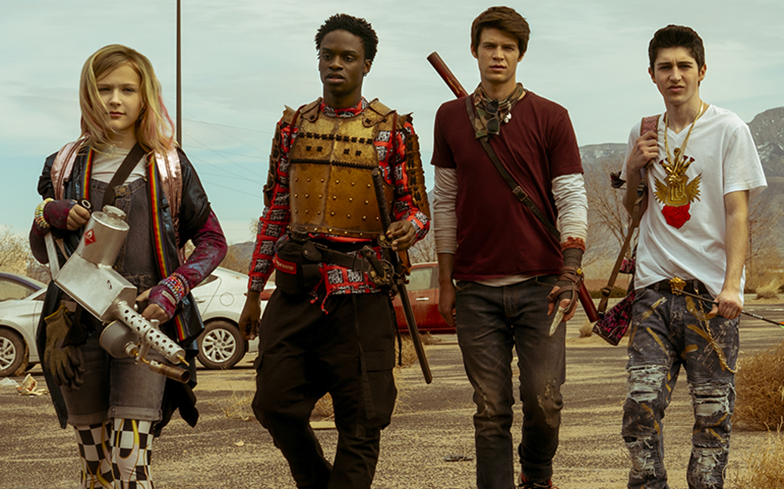 Netflix has more queer goodness coming your way this month.

And there’s more to come, as October sees the return of queer-inclusive favourites like Big Mouth and Riverdale, as well as the controversy-courting Insatiable and a brand new series we think will be on everyone’s lips when it premieres later this month.

Find out what’s good, queer and coming to Netflix UK through October below.

Netflix’s strictly adults-only cartoon Big Mouth may be one of the most sexually explicit shows on the streaming platform, but it’s also one of the most educational. While most of us were failed miserably by sex ed lessons at school, Big Mouth steps in to lend a hand, following a group of teens as they navigate issues like puberty, porn and relationships with the help of their hilarious, sex-crazed hormone monsters. This season, Ali Wong joins the show as a pansexual character (also called Ali) and the Fab Five from Queer Eye make a crossover cameo as they attempt to give a makeover to a jobless Coach Steve.

Get ready for more drama, Riverdale fans, as the show returns for its anticipated fourth season this month. The hit American drama, based on the iconic Archie Comics characters, has garnered a large queer following thanks to its attractive cast, copious amounts of drama, and its acceptance of gay, lesbian and bisexual characters (here’s a definitive list of all the LGBTQ characters on the show). After season three’s bizarre storyline involving a deadly board game, the arrival of the Gargoyle King and even floating babies, the show’s stars have teased that upcoming episodes will mark a return to “season one vibes” with a heavier focus on relationships and friendships. New episodes will drop every Thursday on Netflix UK, the morning after they air in America.

Insatiable is arguably the most divisive original show to come out of Netflix, who are usually spot-on when it comes to representation and diversity. When it premiered last August, the show received backlash from many viewers who accused it of both fat-shaming and bi-erasure, while others defended the show’s storylines and humour as satire. But there’s no denying that the series is a ridiculously enjoyable romp, and it does heavily feature queer characters – there’s Nonnie (Kimmy Shields) who’s in love with her straight best friend Patty (Debby Ryan), and Bob Armstrong (Dallas Roberts) who embarks on an affair with his arch-nemesis Bob Barnard (Chris Gorham). Whether that representation is good or bad, we’ll leave it up to you to decide.

Fans of post-apocalyptic zombie shows have been spoiled over the last decade, with series like The Walking Dead and Z Nation giving us more undead drama than you can shake a baseball bat covered in barbed wire at (Lucille, we’re looking at you). Some may argue it’s overdone, but the latest export from Netflix is hoping to add something new to the genre. Based on Brian Ralph’s comic book series of the same name, dark comedy Daybreak imagines a world where nuclear bombs have turned all humans over the age of 18 into vicious zombie-like creatures called Ghoulies, leaving the kids to fight for their lives – and control of the world. The first season follows Josh Wheeler (Colin Ford), the new kid in Glendale who’s trying to find his missing girlfriend Sam (Sophie Simnett) while attempting to stay alive among the Mad Max-style gangs and Ghoulies. We already know there’ll be at least one queer character, the peace-loving gay samurai Wesley Fists (Austin Crute), but we wouldn’t be surprised if there’s more.

25 October: Dolemite Is My Name

Eddie Murphy takes on the role of a lifetime in Dolemite Is My Name as real-life comedy and rap pioneer Rudy Ray Moore, who’s kung-fu fighting alter-ego Dolemite became a 1970s Blaxploitation phenomenon. It might not strictly be an LGBTQ film, but it does star the incredible Tituss Burgess (who you’ll probably recognise from The Unbreakable Kimmy Schmidt) as openly gay producer Theodore Toney – a role he previously said resonates with him on a personal level – and we’d encourage you to watch anything that Tituss is starring in. The film also has rave reviews, with many calling this the beginning of Eddie Murphy’s renaissance, so we’ll definitely be tuning in.