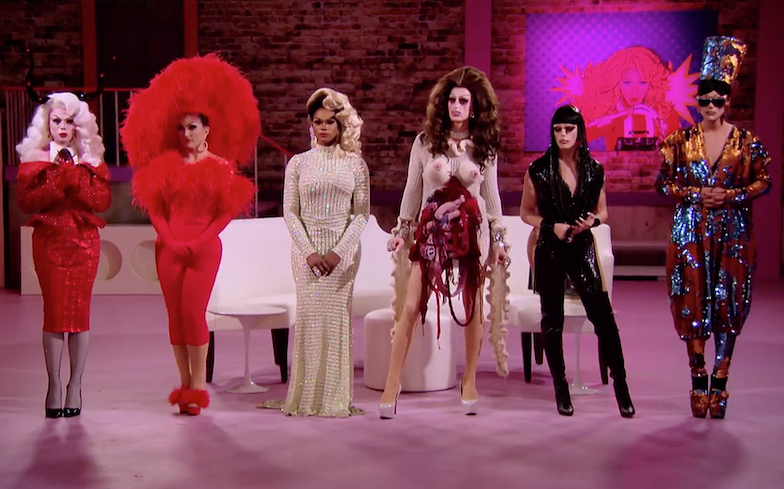 As you all know, the All Stars 3 finale provided fans with one of the most controversial crownings in Drag Race HERstory.

The final four queens wrote and performed in an ambitious production number to RuPaul’s song, Kitty Girl, and the eliminated queens came back back back again for another dose of ru-venge.

Mama Ru bestowed the scorned queens the power to choose the top two All Stars of the series, during a judge and jury scenario where they heard the pleas from each finalist. Morgan McMichaels revealed Kennedy Davenport and Trixie Mattel as the two top All Stars, eliminating front-runner Shangela and OG winner Bebe Zahara Benet.

After an emotional, and powerful lip-sync to Miley Cyrus’ Wrecking Ball, RuPaul declared Trixie Mattel the winner of All Stars 3. Like any Drag Race crowning, it’s sparked debate amongst fans and critics, and confusion at Shangela’s “robbery”.

Drag Race have released an exclusive clip showing which queen the eliminated contestants voted for, and you will be positively cooped, gooped and mother-tucking gagged, because it wasn’t even close.


The video reveals that the queen’s first choice earned the contestant two points, with their second earning them one point.

Aja, Ben and Chi Chi picked Kennedy first and Trixie second. Milk’s top pick was Trixie and Morgan’s was Bebe, with Kennedy in second place for both queens.

Bebe landed her first two points with Morgan, and Kennedy her eighth, making her the most voted queen. Thorgy was the only queen to not vote for the dancing diva, with Trixie and Shangela her top two picks.

Looks like Shangela’s efforts at forming a Daenerys Targaryen styled alliance enormously failed. If this is how Game of Thrones ends, we’re gonna riot.

If you’ve not had your Drag Race fill just yet, don’t worry. Season 10 of RuPaul’s Drag Race premieres 22 March on VH1.

Click here for everything you need to know about RuPaul’s Drag Race season 10, and watch the sick’ning trailer below.