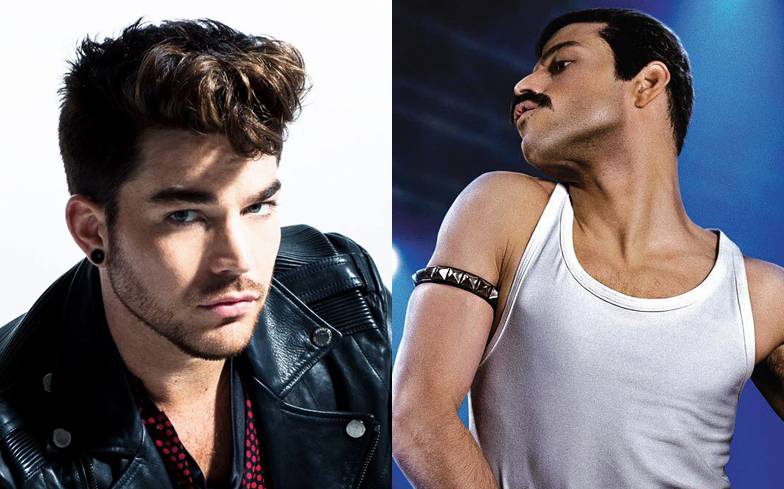 You didn’t think Queen would make a film about their early career and not include a cameo from their current touring frontman did you?

The iconic British band have been wowing crowds across the globe the last few years with Adam Lambert taking on vocal duties, breathing new life into their discography of golden hits.

Although new biopic Bohemian Rhapsody is set decades before Adam joined them on the road, the American Idol does actually appear in the film in a blink-and-you’ll-miss-it cameo.

In scene which sees former frontman Freddie Mercury – played by Rami Malek – making a phone call at a truck stop while on tour in the US, the singer spots a number of men going into a public toilet together.

One eagle-eyed fan spotted that one of the men cruising in the scene is none other than Adam Lambert dressed up as a burly trucker in a red cap.

😂 OHHH @adamlambert you cheeky man! Only YOU, one of the most handsome men in the world, would choose to make your big screen cameo debut as a burly gay trucker! Even if it's only seconds long and you have no lines it's PRICELESS! 👍👏👏👏👏💜👑 #BohemianRhapsody #Queen #GFG pic.twitter.com/VhzJKsmNsY

Adam has previously teased that his cameo was “very very mysterious,” telling Access that they’d be able to figure it out “if you go back and look at it again”.

The singer said more than two years ago that he wanted to play someone who had a fling with Freddie in the biopic.

“I’d want to be in bed with Freddie,” told Digital Spy back in 2016. “I think that would be appropriate at this point!

“I don’t usually say things on the record, but that’s the part I want. I want to be one of his lovers.”

Adam recently revealed which song most makes him think about Freddie when he’s performing on stage with Queen.

It came after concerns that the film would tone down Freddie’s sexuality and gloss over his tragic death at the hands of AIDS.