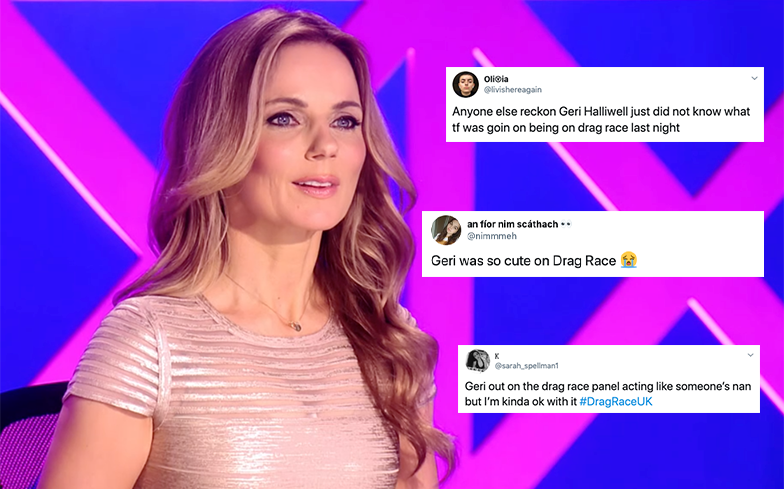 “Geri really didn’t get Drag Race, did she?”

Not only did this week’s episode of RuPaul’s Drag Race UK introduce British viewers to the show’s iconic staple challenge, Snatch Game, but it saw the judging panel debut of underground artist and acclaimed author, Geri Halliwell.

The Spice Girls star and Mi Chico Latino songstress followed in the footsteps of fellow band members Emma Bunton and Melanie Brown on the panel to critique the charisma, uniqueness, nerve and talent of the seven remaining contestants.

The internet was… divided. Geri’s appearance left viewers slightly confused because, like one fan said, it seemed like she “just did not know what tf was going on”. However, the star was praised by many for her fantastic energy and enthusiasm.

“Geri was so cute on Drag Race,” wrote one fan, while another tweeted: “Tonight’s episode of #DragRaceUK was easily the best so far and perhaps even one of the best Drag Race episodes I’ve seen full stop.

“The looks were amazing, the Snatch Game slayed and Geri fucking Halliwell made me shed a tear at the end. I love this show.”

On next week’s episode of Drag Race UK, the queens will be split into two teams for a girl-group battle. They will be aided by Grammy-nominated singer-songwriter and producer MNEK, while Little Mix star and superfan Jade Thirwall will guest judge.