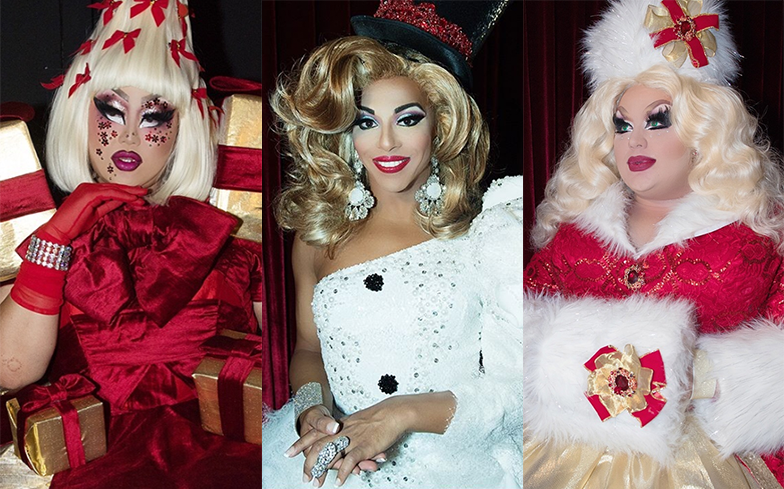 RuPaul’s Drag Race has unveiled all the sickening runway lewks from its upcoming Christmas special.

The one-off instalment of the hit series, titled Drag Race Holi-Slay Spectacular, will bring together eight of the show’s favourite queens for a festive face-off to become the first “Drag Race Christmas Queen”.

The spin-off will be Shangela’s 4th and Latrice Royale’s 3rd attempt at competing for the crown.

Will one of them finally snatch that title?

Check out all the gag-worthy lewks below.

Watch the Christmas-themed trailer for Drag Race All Stars 4 below.