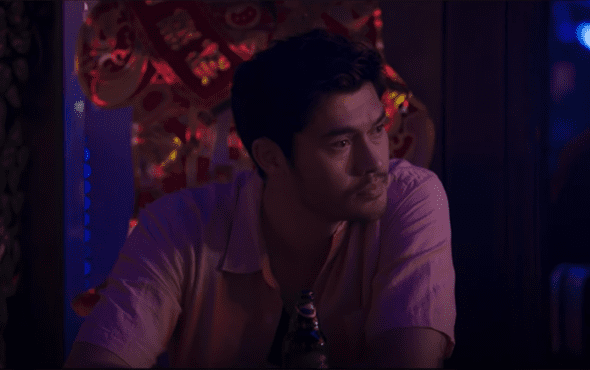 Actor and heartthrob Henry Golding has become one of Hollywood’s most sought after actors within the industry.

Starring in hit movies like Crazy Rich Asians, A Simple Favour, Last Christmas and The Gentlemen, Golding’s diverse filmography has quickly grown over the last two and a half years.

For his latest release, Monsoon, the actor takes on the role of Kit, a gay man who travels back to Saigon after leaving the country 30 years prior.

The film, which is set for a September release in the UK, has already been met with rave reviews from critics, with many praising the acting and the story’s overall message.

Even with his fantastic performance and the film’s intimate subject matter, the lack of LGBTQ+ actors taking on LGBTQ+ roles is not lost on Golding.

Speaking to Attitude for their October issue, the British-Malaysian actor discusses why he took the role, stating: “We live in times where it is a sensitive topic to have a straight actor playing a gay role. From my point of view, with this particular role, it was the fact that his journey wasn’t hinged on the fact he is gay. It’s almost like, yes he’s a young gay man. but the bigger issue is who he is as a person.”‘

Over the years Hollywood has faced its fair share of criticism when it comes to the lack of LGBTQ+ actors in queer roles.

We’ve seen countless A-listers play these characters over years including but not limited to Jake Gyllenhaal, Cate Blanchett, Jared Leto and more.

Although this is a continued controversial topic, Goldings support for LGBTQ+ actors representing their community in acting roles shines, stating: “I feel as though when it comes to important historical figures, characters that are defined by being from the community, you really need to take a moment to think, this is important for the LGBTQ community to be a part of.”

Tune in below to watch the full trailer for Monsoon.