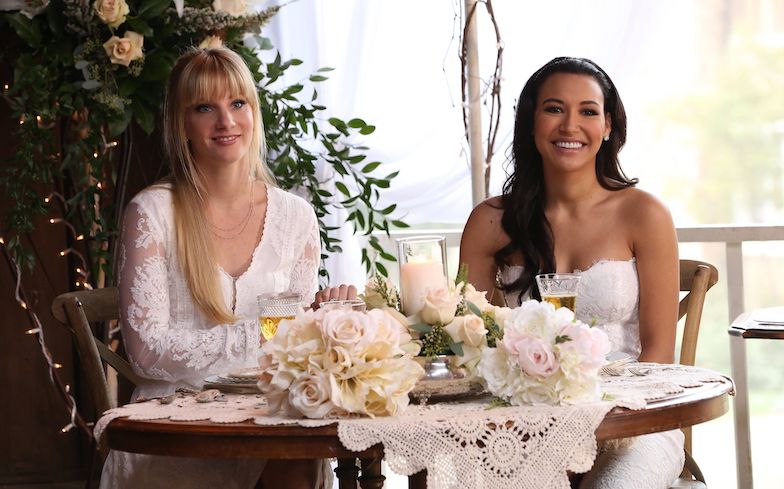 “I cherish every moment we had and hold it close to my heart.”

Earlier this week, Rivera’s body was recovered after she went missing at Lake Piru, California, with the county medical examiner confirming that she had drowned.

Glee creators Ryan Murphy, Brad Falchuk and Ian Brennan also penned a powerful tribute, calling Rivera “one of the most talented, special stars” they had ever worked with.

Morris, who helped authorities in the search for Rivera, said they “stuck by each other’s side and created the most beautiful friendship built out of love and understanding” in an emotional Instagram post.

“You are and always will be the strongest and most resilient human being I know, and I vowed to carry that with me as I continue to live my life,” she wrote. “You constantly taught me lessons about grief, about beauty and poise, about being strong, resilient and about not giving a fuck (but still somehow respectful).

“Yet, the utmost important lesson I learned most of all from you was being a consistent and loving friend. You were the first to check in, the first to ask questions, the first to listen… you cherished our friendship and I never took that for granted.”

Morris uploaded several photos of their children on play dates, but none of them together, because they “mutually hated taking pictures” and their relationship “meant more than proof”.

“So I’m showing the world a photo of our little goof balls for you, because I know that meant more than anything and they remind me of you and I,” she continued.

“I speak to you everyday because I know you’re still with me and even though I’m feeling greedy that we don’t get more time together, I cherish every moment we had and hold it close to my heart.”

Morris and Rivera received widespread acclaim for their performances as Brittany Pierce and Santa Lopez, and their romance is often hailed as one of the most authentic (and beloved) LGBTQ+ relationships in television history.

On social media, Glee fans shared how Rivera’s character helped them come to terms with their sexuality.

“Glee’s lgbt representation was what made me accept myself,” wrote one fan. “Naya Rivera did what years of self assurance couldn’t, and i probably wouldn’t have been out and proud if it wasn’t for her.”

Another tweeted: “As a young queer Latina myself watching her fighting and supporting the lgbt community saved my life, I felt seen, the way she portrayed and fought for Santana Lopez impacted me.”