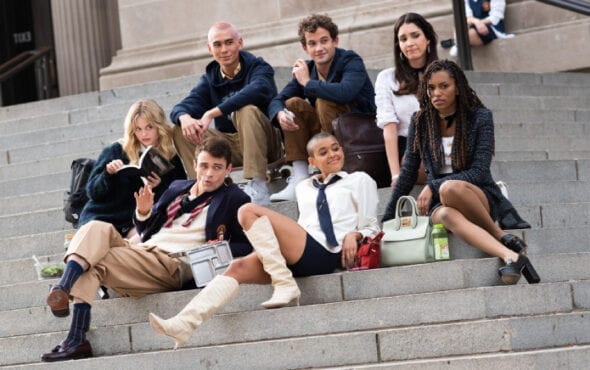 The BBC has acquired HBO Max’s LGBTQ+ inclusive reboot of Gossip Girl for BBC One and iPlayer.

Although it premieres on HBO Max on 8 July, the BBC said it will land in the UK “later this year”. The BBC has also attained the rights to the original drama, which ran for six seasons between 2007 and 2012 on The CW.

Just like the original – which starred Blake Lively, Leighton Meester, Penn Badgley, Chace Crawford, Taylor Momsen and Ed Westwick – the reboot will focus on the privileged lives of several students in Manhattan’s Upper East Side.

According to showrunner Joshua Safran, who wrote and executive produced the original series, a majority of the character will be “diverse and/or queer”.

“There was not a lot of representation the first time around on the show,” said Safran. “I was the only gay writer I think the entire time I was there. Even when I went to private school in New York in the ’90s, the school didn’t necessarily reflect what was on Gossip Girl. So, this time around the leads are nonwhite.”

In the juicy new trailer, viewers are introduced to a new crop of privileged, highly-attractive teens (duh) who “run” their school, including Doherty’s Max Wolfe and Mock’s Aki Menzies, who appear to be embroiled in a love triangle with Lind’s Audrey Hope as they lock lips and remove their clothes in two intimate scenes.

The queen bees of Manhattan’s Upper East Side – seemingly ruled by Alexander’s “influential” Julien Calloway – welcome a new student into their group, before the titular Gossip Girl makes a comeback. “There’s a big secret amongst the ruling class at Constance Billard,” she says in the trailer.