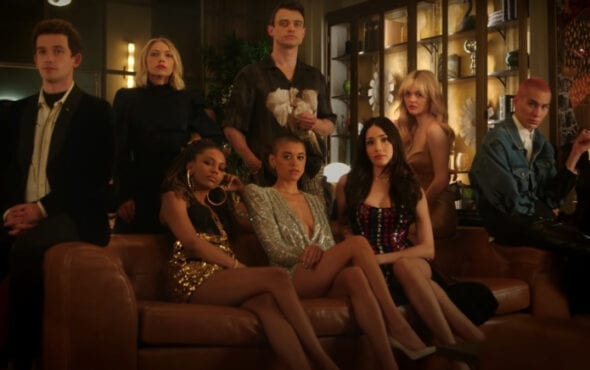 Get ready Upper East Siders, because Gossip Girl is back and sneakier than ever.

HBO Max has dropped the first teaser trailer for the forthcoming reboot of the popular CW series.

The trailer showcases the new cast members in a posh nightclub as tension, secrets and deception fill the room. Kristen Bell – who reprises her role as the iconic voice over for Gossip Girl – is also heard giving a tantalizing monologue throughout the teaser.

“You’ve gotten so comfortable, thinking you’re in control of your image, your actions, the narrative,” she said.

“But you’ve forgot one thing, I can see you and before I’m through I’ll make sure you see you too, XOXO.”

Just like the original, which ran for six seasons between 2007 and 2012 on The CW, the reboot will focus on the privileged lives of several students in Manhattan’s Upper East Side.

“Eight years after the original website went dark, a new generation of New York private school teens are introduced to the social surveillance of Gossip Girl,” reads an official synopsis.

“The prestige series will address just how much social media—and the landscape of New York itself—has changed in the intervening years.”

A majority of the characters will be “diverse and/or queer,” unlike the original.

Safran, who wrote and executive produced the original series, revealed: “There was not a lot of representation the first time around on the show.

“I was the only gay writer I think the entire time I was there. Even when I went to private school in New York in the ’90s, the school didn’t necessarily reflect what was on Gossip Girl. So, this time around the leads are nonwhite.”

The Gossip Girl reboot will be headed to HBO Max on 8 July 2021.

Watch the full trailer below or here.