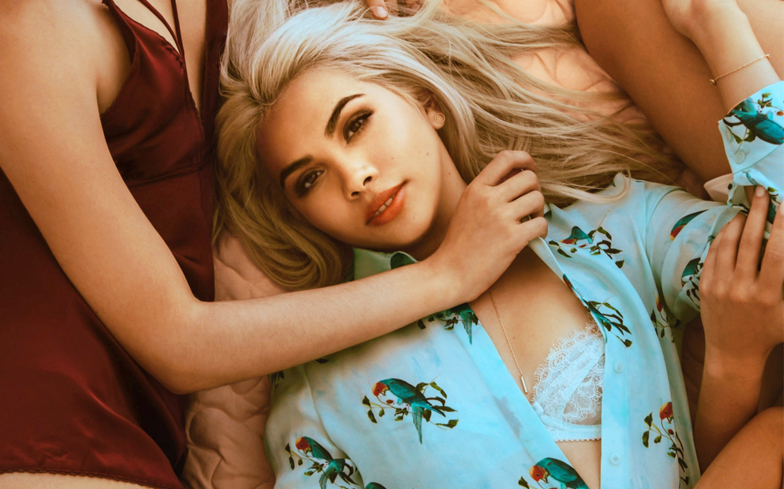 The openly lesbian singer was less than impressed with Rita Ora’s latest song.

Yesterday, Rita Ora dropped her latest track, Girls, which is being hailed by some as a bisexual anthem. The track, which sees Ora collaborate with the likes of Charli XCX, Bebe Rexha and Cardi B, contains lyrics like: “I ain’t one-sided, I’m open-minded, I’m 50-50 and I’m never gonna hide it.”

However, Hayley Kiyoko, who is openly lesbian, took issue with the song. Explaining why on her Twitter, Kiyoko posted: “It’s important for us artists to move the cultural needle forward, not backwards. There is a new song that came out today featuring a handful of well-known pop artists that has me overwhelmed with thoughts. I literally have a knot in my stomach right now.

“To be clear, I fully support other artists who freely express themselves and applaud male and female artists who are opening up more and more about their sexual identities.

“But every so often there comes certain songs with messaging that is downright tone-deaf, which does more harm than good for the LGBTQ+ community. A song like this just fuels the male gaze while marginalizing the idea of women loving women.

“I know this wasn’t the intention of the artists on the song, but it’s the lack of consideration behind these lyrics that really get me. I don’t need to drink wine to kiss girls; I’ve loved women my entire life.

“This type of message is dangerous because it completely belittles and invalidates the very pure feelings of an entire community. I feel I have a responsibility to protect that whenever possible.

“We can and should do better.”

At the time of writing, neither Rita Ora, Charli XCX, Bebe Rexha or Cardi B had responded to Kiyoko’s comment.

But speaking about the song after it was released, Ora told People that: “[Girls] really represents freedom and the chance to be what you want to be – and there being no judgement and just living your life as you want to live it. That’s what this song represents to me.”

When asked whether the song is a confirmation of her bisexuality, Ora said: “If people look at it like that, its very narrow-minded, and I don’t think that’s what this record is. I don’t think that even matters.”