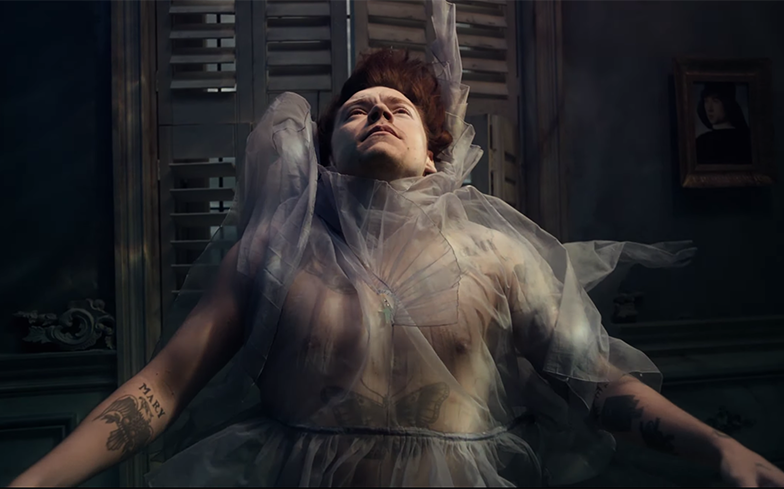 Harry Styles has released the official music video for Falling.

Directed by Dave Meyers, the powerful and stripped-down visual focuses on the singer (in a serious lilac fashion moment) as he plays the piano in an abandoned room, before it begins to rapidly fill with water.

Falling is the fourth single from Harry’s critically-acclaimed second studio album Fine Line, after Lights Up, Adore You – both of which reached the top ten on the UK Singles Chart – and Watermelon Sugar, which stalled at number 17.

The album broke the record as the biggest debut from a British male artist on the Billboard 200 in the United States, and also marked the biggest week for a pop album by a male artist in over four years.

Watch the official music video for Falling here or below.

Earlier this week, it was announced that Harry will be hosting two Halloween shows at Madison Square Garden on 30 and 31 October, with support from country superstar Orville Peck.

Attendees are encouraged to dress in costume.

Pre-sale begins 2 March with all public sales on 6 March.