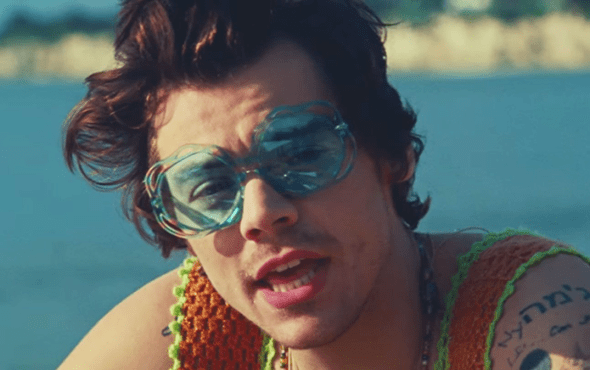 Harry Styles will star alongside Lily James in a film adaptation of My Policeman.

The critically-acclaimed LGBTQ+ novel from Bethan Roberts is set in 1950s Brighton, England, and follows Marion, a schoolteacher, who falls in love with a policeman called Tom.

According to Deadline, James and Styles are in negotiations to star as Marion and Tom. So far, there’s been no word on who will play Patrick.

Tony-winner Michael Grandage will direct from a screenplay by Oscar-nominee Ron Nyswaner. Greg Berlanti, Sarah Schechter and Robbie Rogers will produce alongside Cora Palfrey and Philip Herd at Independent Film Company and MGC.

Production on the currently untitled film, which has been acquired by Amazon Studios, is expected to start Summer 2021.

The news comes after it was announced that Styles will star alongside Chris Pine and Florence Pugh in Don’t Worry Darling, the next directing outing for Olivia Wilde. The actress received praise for her directorial debut, Booksmart (2019), for which she won the Independent Spirit Award for Best First Feature.

Follow the release of his self-titled debut album in 2016, Styles made his first film appearance in Christopher Nolan’s 2017 war film, Dunkirk.

He returned to the industry last year with his sophomore album, Fine Line, which made history as the biggest sales debut from an English male artist in the US.

It includes singles such as Lights Up, Adore You and Watermelon Sugar, the latter of which became his first chart-topper on the Billboard Hot 100.

Related: Harry Styles responds to more rumours about his sexuality in new interview.