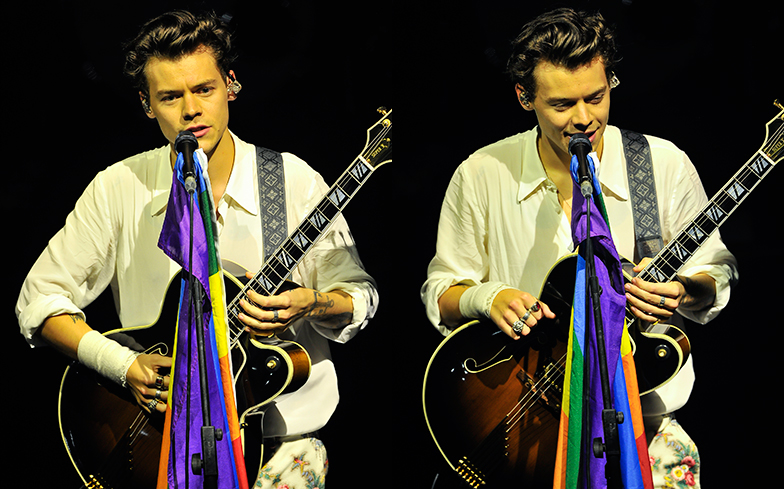 At a time when LGBT+ rights and people are under attack across the world, having the support of one of the most famous singers on the planet shouldn’t be underestimated.

Harry Styles has always been a visible ally to the LGBT+ community, especially throughout his current world tour where he’s waved both Pride and trans flags on stage during his shows.

But it was at his latest headline gig in Sweden where he decided to vocally lend his influence to inspire inclusivity.

“I love every single one of you.” Earlier this year during an interview on French television, Harry was asked about LGBT+ equality being political and his response was perfect.

The One Direction star also opened up about his own thoughts on sexuality.

“It’s weird for me – everyone should just be who they want to be,” he said. “It’s tough to justify somebody having to answer to someone else about stuff like that.”

The singer-songwriter also refused to label his own sexuality during the interview.

When asked if he’d ever considered a label, he replied: “No, I’ve never felt the need to really. No.

Harry Styles’ current world tour is in support of his debut solo album, which reached No.1 in the UK and US earlier this year.

Meanwhile, he recently confirmed that Kiwi will be the third official single to be lifted from the collection. You can listen to the song below: