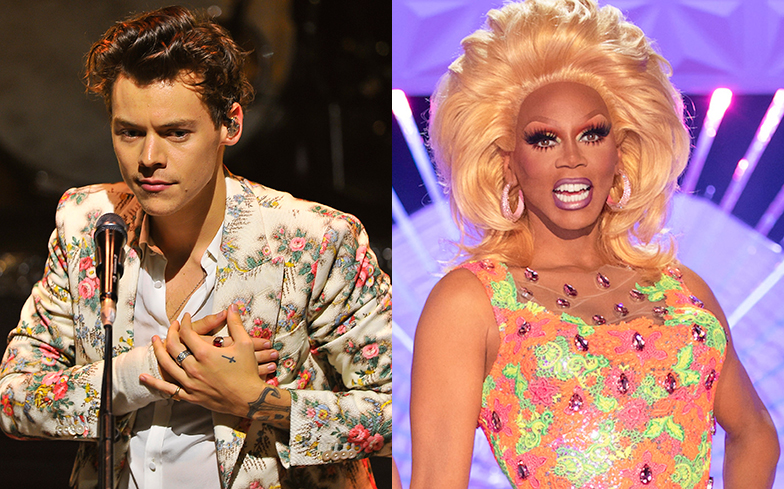 This is something we need to see.

British singer-songwriter and former One Direction member Harry Styles may be gearing up to host and perform on sketch show Saturday Night Live on 16 November, but there’s another TV show he wants to be a part of… RuPaul’s Drag Race!

During an interview with Hits Radio Breakfast on Thursday (31 October) morning, host Fleur East asked the singer: “Have you heard about the RuPaul’s Drag Race celeb version? I think you need to get involved, Harry.”

Harry replied: “Potentially, yeah. Why not?”

When asked what his drag name would be, he said he’d thought about it, but explained: “I don’t know if I’ve ever landed on the one, but I’ll have a think and get back to you. There’s too many options.”

RuPaul’s Celebrity Drag Race will air in 2020 for four episodes with 12 celebrity contestants (three per episode). They will vie for the title of America’s Next Celebrity Drag Superstar as well as a cash prize, which will be donated to the charity of their choice.

“Doing drag does not change who you are, it reveals who you are,” RuPaul said in a statement. “I can’t wait for the world to see what happens when our celebrity contestants get all up in drags!”

It’s safe to say the Drag Race franchise is… expanding. The show has been renewed for a 12th season, a fifth season of All Stars and the first season of the British spin-off is currently airing on BBC Three and WOW Presents Plus.

Drag Race Canada has also been confirmed – with season 11 alum Brooke Lynn Hytes announced as a permanent guest judge. On top of that, Drag Race Thailand has just airing its sickening second season with a third on the way very soon.