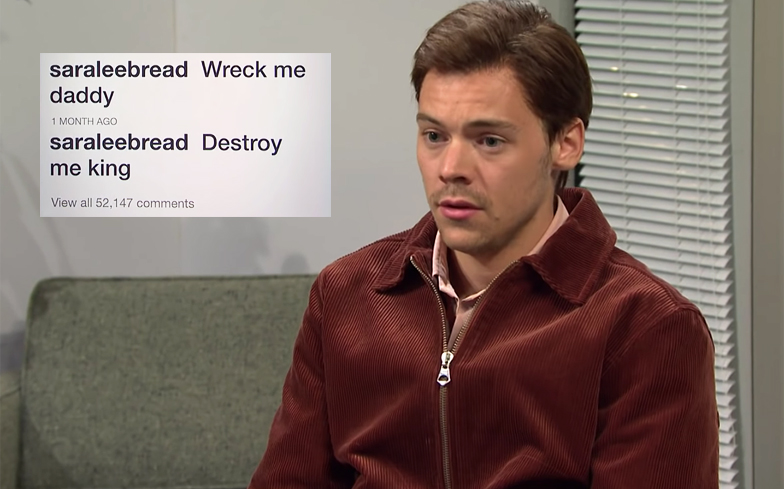 During his appearance on the American show, where he took on hosting duties and performed new music, Harry took part in a number of sketches including playing a funeral DJ and one where he referred to himself as a “pig boy” – yes, really.

But the best was a sketch in which he played a gay social media intern working for food brand Sara Lee.

Harry’s character was called into a meeting to discuss his “off message” posts and comments on the company’s Instagram account, including commenting “wreck me daddy” and “destroy me king” on a photo of Nick Jonas.

After explaining that he mixed up his personal account with the Sara Lee account, his bosses (Cecily Strong, Bowen Yang) continued to talk through other questionable posts, including a comment about “getting railed to death” that was left on a “random fashion twinks” photo.

After getting an official warning, he added: “Full honesty, today Sara Lee DM’d Shawn Mendes saying, ‘Check out this special holiday promotion’… a picture of my open throat.”

Watch the hilarious sketch here or below.