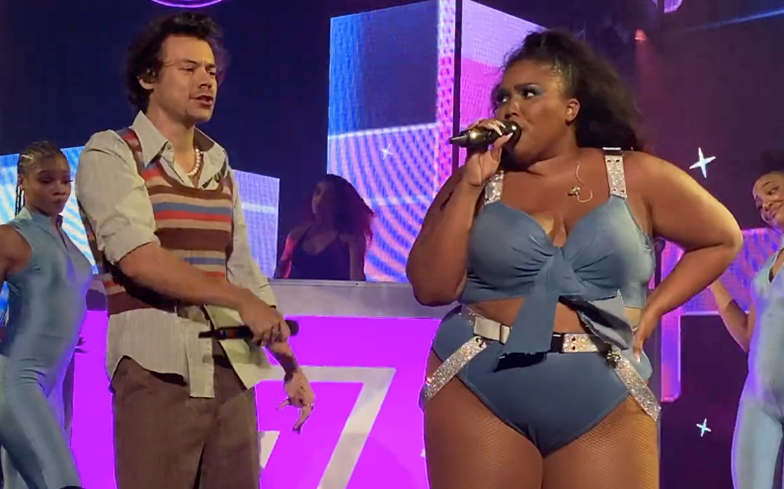 It’s the collaboration we’ve been waiting for.

Ever since he expressed his love for Lizzo and covered her track Juice on Radio One’s Live Lounge last year, fans have been calling for Harry Styles to collaborate with the American singer-songwriter.

“I just think she’s amazing; she’s one of the most exciting artists working now for sure. She’s exactly what you want an artist to be, which is themselves,” he said at the time.

Now, their wish has been granted, as Harry made a surprise appearance at Lizzo’s concert in Miami Beach at SiriusXM and Pandora’s concert series ahead of the Super Bowl. The pair performed Juice, and fans have gone crazy for it.

“Harry Styles and Lizzo performing and being playful together it’s an iconic moment to remember,” wrote one excited fan on Twitter, while another added: “Everyone shut up I can’t handle this.”

You can watch a video of the whole performance below.