Harry Styles helped a fan come out at his concert 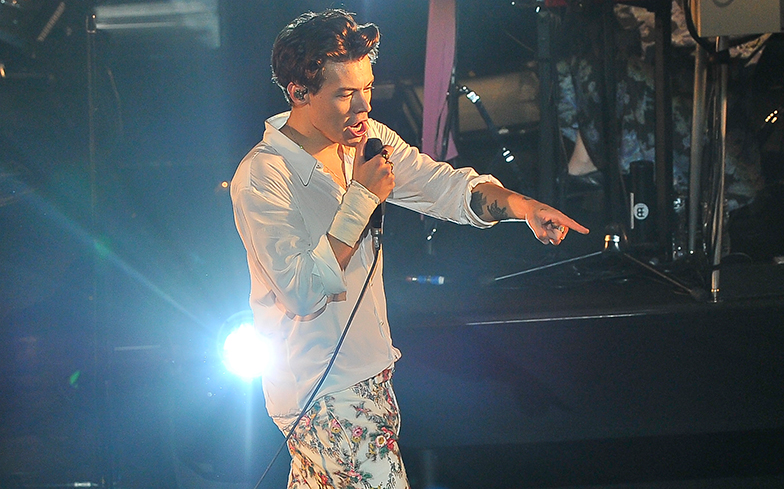 “I’m gonna come out to my parents because of you.”

Harry Styles has always been an advocate for LGBTQ rights and our community, sporting both Pride and trans flags on his worldwide tour.

Back in April, he went viral after he managed to turn his 12,000-strong audience at London’s O2 Arena in a huge, shimmering Pride flag, as the colours of the rainbow twinkled across the venue.

And last month, he unashamedly held up a Pride flag that read “Make America Gay Again”.

Last night, he made us fall in love with him ten times over when he helped a fan come out at his San Jose concert.

Twitter user @takehismedicine – known as Grace – brought a poster to his show, which read: “I traveled 2,846 miles to be here tonight. Thank you for 10 incredible shows.”

the double sided poster for tonight !!! I’m not expecting anything but I hope he at least sees it pic.twitter.com/6nlMTu9nHG

The other side read: “I’m gonna come out to my parents because of YOU!!!”

Harry, being the absolute hun he is, noticed the poster in the audience and asked Grace were her parents were.

After the fan told the singer/songwriter that her mother was in her hotel room, Harry congratulated her and led the audience to chant: “Tina, she’s gay!”

Shortly after the concert, Grace tweeted that her mother was “overjoyed” after seeing the videos, and wanted to thank Harry for helping her daughter come to terms with who she is.

“TINA SHE’S GAY”
I SHOWED MY MOM THE VIDEOS FROM TONIGHT. SHE IS OVERJOYED AND SAYS THAT “YES I DO LOVE YOU AND YOU CAN BE WHOEVER YOU WANT TO BE” SHE WANTS TO THANK HARRY FOR HELPING ME COME OUT and she has decided to come to LA Night 1 with me 🙂
Thank you @Harry_Styles 💓 pic.twitter.com/vB0kpAImUv