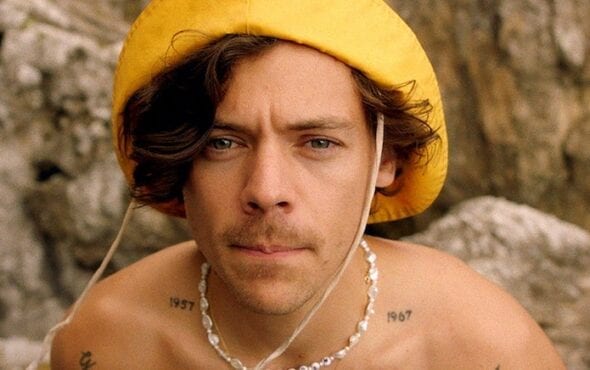 We need a release date ASAP!

According to a new report from Deadline, The Crown’s Emma Corrin will be joining Harry Styles in the LGBTQ+ drama, My Policeman.

The new film is based off the critically-acclaimed LGBTQ+ novel from Bethan Roberts.

Corrin and Styles will be stepping into the roles of Marion and Tom, respectively.

The Amazon Studios film was first confirmed back in September 2020 with Lily James eyed to star alongside the Watermelon Sugar singer.

Tony-winner Michael Grandage will direct from a screenplay by Oscar-nominee Ron Nyswaner. Greg Berlanti, Sarah Schechter and Robbie Rogers will produce alongside Cora Palfrey and Philip Herd at Independent Film Company and MGC.

Prime Video celebrated the casting announcement on Twitter, stating: “Harry Styles and Emma Corrin on screen together… so true bestie. My Policeman is coming soon.”

Harry Styles and Emma Corrin on screen together… so true bestie. My Policeman is coming soon. pic.twitter.com/ghvCDm9HtV

Harry Styles has wasted no time when it comes to racking up his acting credits..

Following the release of his self-titled debut album in 2016, Styles made his first film appearance in Christopher Nolan’s 2017 war film, Dunkirk.

Since then he has been currently filming the Olivia Wilde directed film Don’t Worry Darling and has guest-starred on the popular comedy sketch show SNL.