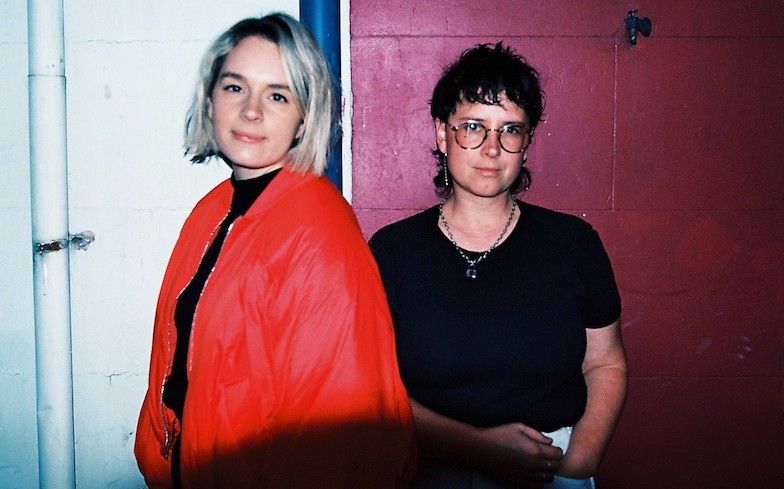 HANDSOME and Essie Holt have collaborated for a cover of Christine and the Queens’ political queer anthem, The Walker.

The Australian artists, who are currently in a relationship, shared a performance of their rendition on YouTube to celebrate Pride Month after previously covering it at the Midsumma Festival in Melbourne earlier this year.

“It has been a real journey putting this song together,” HANDSOME tells GAY TIMES. The star has felt a deep connection to the track ever since the music video release, which sees Christine walking side by side with a bull to protest homophobia.

“Its political sentiment is both educational and powerful,” she explains. “It reminds us that we can learn from each other, and within the context of homophobia, biphobia, transphobia and interphobia, this is fearless for Chris to take on.”

Essie echoed HANDSOME’s sentiment: “This made the song super visceral to me and when I sing it, I think of all the people in my life that have been on my queer journey and made me feel supported.”

HANDSOME duetted with the “fearless” Essie as they both touch upon themes of coming out in their music, and because she has an “undying respect” for her artistry. Essie says they’ve both been fans of each other’s for a “while”.

“What an honour to make music with her,” HANDSOME adds. “We really focused on the lyric, ‘violent hits, violent blossoms akin’, because this is what the queer community does effortlessly: we turn hatred into beauty.

“It just felt so right – to release a cover of a song by a queer woman, with two queer women about the power of our community, in Pride Month. Hopefully it is a reminder to some that we are here for each other.”

Essie says: “It was great to finally get in the studio and collaborate on this song together. It feels like a really special blend of both of our styles as artists, with a shared empowerment and love for Christine and the Queens.”

HANDSOME and Essie Holt’s cover of The Walker by Christine and the Queens is now available on iTunes and streaming services. Listen here and/or watch their mesmerising performance below.