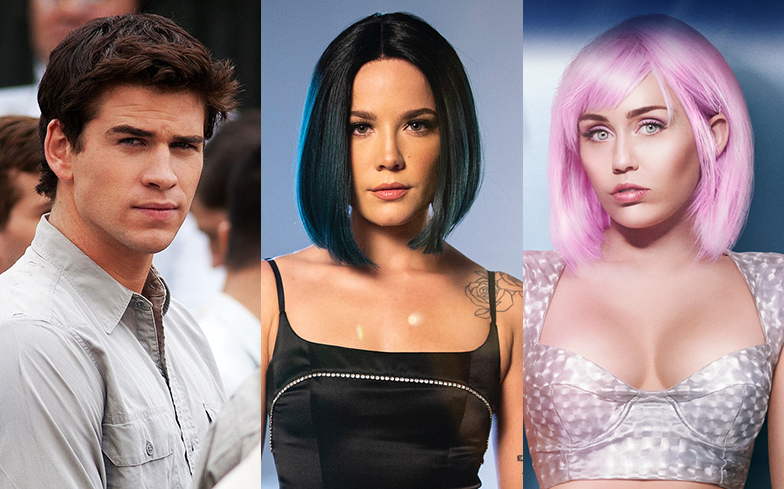 “Stop being afraid of women who aren’t afraid to do what pleases them.”

Halsey has shut down a troll who blamed Miley Cyrus’ split from Liam Hemsworth on her sexuality.

Twitter user ‘theTigerbob’ wrote on 11 August: “#MileyCyrus splitting and allegedly cheating on Liam with a woman confirms that you shouldn’t date bi people. Not offensive, just true. Bi is greedy and never satisfied.”

He added: “People getting really triggered by facts and life experience. Why so much hate, I only give you the truth. Up to you how you react. Sorry bi people, I am taken. Stop trying to chat me up. Pan (actually bi) people too.”

Halsey – who identifies as bisexual – hit back at his ignorant remarks and referenced his previous posts about Captain Marvel star Brie Larson: “Doesn’t surprise me that ur saying this and ur page has u crying about Brie Larson too!”

She added: “Stop being afraid of women who aren’t afraid to do what pleases them and not other people.”

However, Tigerbob didn’t back down, expressing satisfaction at the amount of likes and comments his original post received. “Now at 1.7K likes, 5K comments and many retweets,” he said. “Seems the truth is a popular topic on Twitter today.

“Lots of comments filled with hate though, sad. Advice shouldn’t be hated.”

Hey tigerbob. Doesn’t surprise me that ur saying this and ur page has u crying about Brie Larson too! Stop being afraid of women who aren’t afraid to do what pleases them and not other people 🙂 https://t.co/uPyB1cXE0D

Miley and Liam’s separation was announced earlier this week. The two stars met in 2009 when they filmed the live-adaptation of the Nicholas Sparks novel, The Last Song. They originally split in 2013 but reconciled in 2016.

Liam wrote on Instagram: “Miley and I have recently separated and I wish her nothing but health and happiness going forward. This is a private matter and I have not made, nor will I be making, any comments to any journalists or media outlets.”

Earlier this year, Miley opened up about her sexuality in an interview with Vanity Fair.

“A big part of my pride and my identity is being a queer person,” she told the publication.

In an accompanying ‘personal memo’ for the magazine, Miley delved deeper into what it means for her to be a member of the LGBTQ community and how relationships are changing for a modern generation.

“Being someone who takes such pride in individuality and freedom, and being a proud member of the LGBTQ+ community, I’ve been inspired by redefining again what a relationship in this generation looks like,” she wrote.

“Sexuality and gender identity are completely separate from partnership.”

Related: Halsey is “proud” that homophobes hated her performance on The Voice.