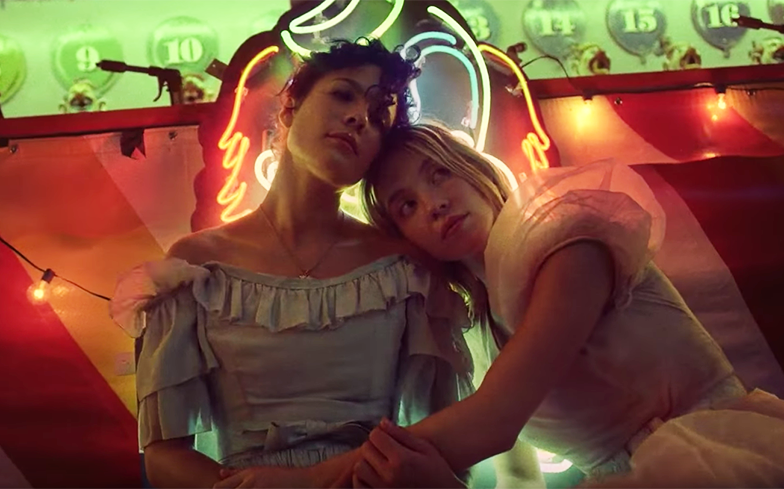 Halsey has unveiled the video for her brand new single Graveyard.

Directed by Anton Tammi, the visual sees the American singer-songwriter and bisexual icon frolicking around an amusement park with a mysterious girl (played by Euphoria and Once Upon a Time in Hollywood star Sydney Sweeney).

“The song is about being in love with someone who is in a bad place and loving them so much that you don’t realise that you’re going to that bad place with them,” Halsey previously said of the track.

“It’s also about learning to care about yourself enough not to follow them there.”

Graveyard is the second single from Halsey’s upcoming third studio album Manic, which is due for release on 17 January 2020.

The album will also feature Without Me, which became the star’s second chart-topper on the Billboard Hot 100 – after Closer with The Chainsmokers – and her first as a lead artist. It will also include her most recent single Clementine.

Watch the video for Graveyard below.