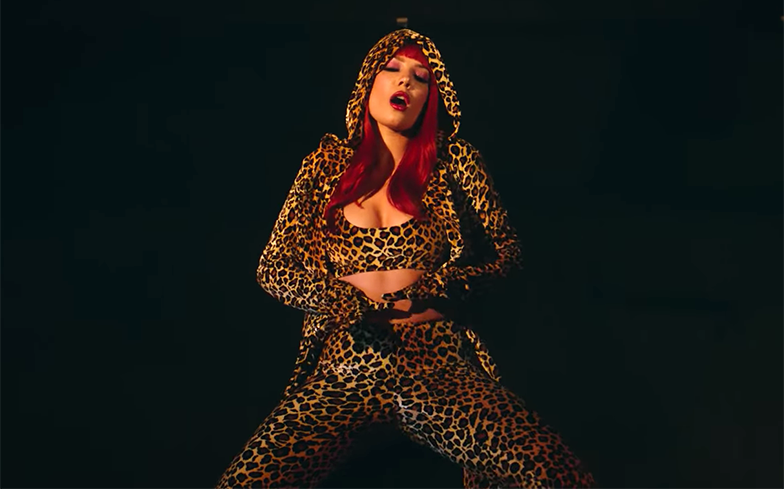 Halsey has paid homage to her favourite pop icons for her new music video.

In the visual for her new breakup anthem You Should Be Sad (directed by Collin Tilley), the superstar brilliantly channels Shania Twain by wearing her legendary all-leopard outfit from the That Don’t Impress Me Much music video.

Later, she slays the black minidress from Shania’s video for Man! I Feel Like a Woman, gets Dirrrty like Christina Aguilera and embraces her inner Lady Gaga (and Lady Godiva) by posing nude on a horse with a platinum blonde wig.

Halsey said of the video: “Xtina, Gaga, Carrie, and of course Shania, this was one loaded with nods to badass idols of mine.”

You Should Be Sad will be included on Halsey’s upcoming third studio album Manic, as well as the star’s first solo chart-topper, Without Me, Clementine, Graveyard, Finally // Beautiful Stranger and SUGA’s Interlude.

Last year, Without Me became the longest-running top 10 hit by a female artist this century in the US and one of only nine songs ever to spend over 28 weeks in the top ten. It also became her highest-charting solo single in the UK, reaching #3.

Although Without Me’s follow-up, the feminist punk track Nightmare, has been streamed over 200 million times on streaming services and charted in the top 20 in the United States and Canada, it has been omitted from the album.

Manic will be available on iTunes and streaming services 17 January – check out the tracklist below.

Lizzo opens up the commercialisation of the body positivity movement

Aeyde: The brand perfect for your Fall wardrobe